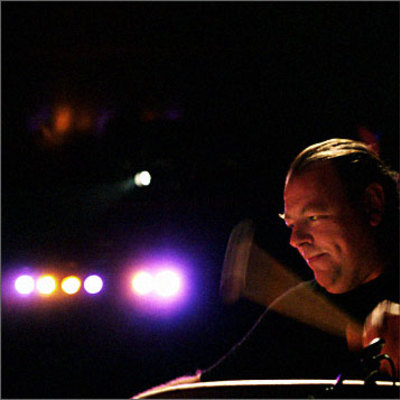 Beat Foellmi had a traditional drummer`s education in Switzerland. Later on he went to western Africa, where he studied at the „Institute for African Studies“ in Accra, Ghana. From there he brought back his first „balaphone", a xylophon with resonance bodies made of pumpkins, which produce a rattling sound with each beat.

The balaphone is a typical African instrument. Its vibration is „the spirit“. Foellmi took lessons with one of the most famous African balaphone virtuoso, Kakraba Lobby. He taught Foellmi the taditional rhythms and melodies on the balaphone and on the drums. Each balaphone has its typical sound (Europeans consider it as „wrong“), which sends African dancers into ecstasies. - Later on Föllmi spent quite some time in Indonesia. As a consequence, indonesian rhythms were integrated and the range of instruments got even broader.

„Sankofa" the fascination of the European musician for African and other foreign tone colours, istruments and rhythms. Foellmi relates the sound material to European concepts and methods of composing. And he adds European instuments with the metallicly humming „roto-sounds“.

In Africa a whole orchestra would play this music. It’s perhapts typically Swiss that Föllmi developed the technique and the technical tools to play the two balaphones and a wide range of more than hundred other instruments as a soloist. Föllmi forces the „spirits" of the instruments to an interference which has never been heard before.

Registered since over 14 years
Last login on 23 October 2020