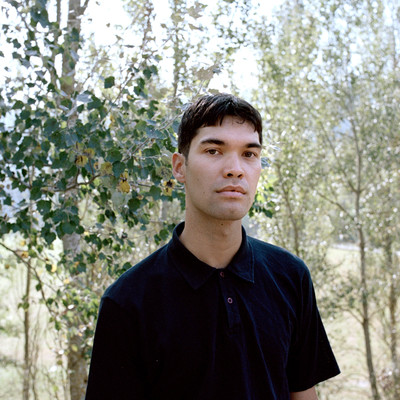 Originally founded by Rolf Laureijs, the Swiss project Frederik has been joined by drummer Laurin Huber and second guitarist Christoph Barmettler, as well as Marie Popall on bass and Caroline Schöbi on keys for the full liveband.

After the first EP »Tears (you know)« drew on the tropes of bedroom-produced synth-pop, affirming and subverting them at the same time, the upcoming »Portraits« sees Frederik apply a similar approach to rock music. Laureijs, Huber, and Barmettler each contributed their respective tone colour to something that is bigger than the sum of its parts after having worked together extensively in several different constellations. Laureijs and Huber form the duo Wavering Hands, whose dark synth-pop has found a suitable home on labels like Lux Rec, Perfect Aesthetics and of course Edipo Re, the imprint run by the two musicians. Apart from working with Belia Winnewisser under the guise A=f/m, Laureijs has also collaborated with Barmettler for the indie rock outfit Dans La Tente for two albums and three EPs, while Huber has recently released his debut solo LP on Hallow Ground, merging experimental electronica, ambient and abstract techno that defies categorisation. All these DIY-minded endeavours find a common ground on »Portraits«.