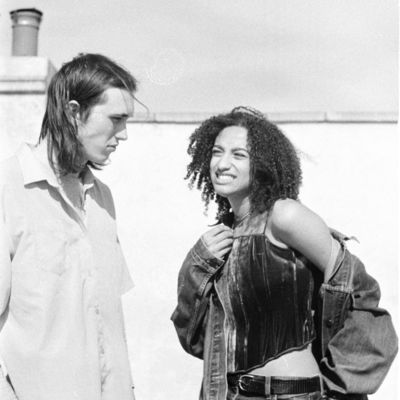 South London Jazz/tri..., Luzern – Orlando is a second generation immigrant from Switzerland living in London my family has always been very involved in music with my mother being a... Read Biography

Orlando is a second generation immigrant from Switzerland living in London my family has always been very involved in music with my mother being a violin teacher and from a very young age I remember my Grandfather building jazz organs in his garage in Ebikon on the outskirts of Luzern. My parents music has influenced me a lot as a child and I grew up on solely classical music as I grew older I started to enjoy the London music scene and finally in 2020 we decided it was time to release our first track 'Turkish Delight'.

Although I have given a London address as this is my curent accomadation, I frequently return back home to Switzerland.

Milla and I met through singing at the national youth choir of Great Britain and shared the same die hard love for music. We see it as a part of our souls and could never go a day without it. We both grew up singing classically in choirs and opera and I did jazz. We have a diverse music taste and have spent the past year constantly creating music. We have created an album and this phenomenal opportunity would give us the guidance and direction that we need. The songs we have written take so much inspiration from our childhoods, growing up in households where music has been a constant. Orlando's mother is a violin teacher and my dad DJs on vinyls any hour he has free, playing trance, disco, hip hop, acid, techno, garage and house. Growing up hearing his eclectic collection and searching for great records in london shaped my taste. I primarily produces the songs, curating the instrumentals and we write the melodies together. I focus on the lyrics of the songs and do the vocals, although we make every decision, from the sound of the instrument to the poetry in the wording together.
Music is something that Orlando has been producing and developing in for years, saving all his christmas and birthday gifts to invest in music gear and slowly grow a home studio to make the sound he envisions. During lockdown, I became a part of that process too, we spent the whole time together making tracks, experimenting with our sound until we made songs we felt are strong releases. The name IEDA takes inspiration from the opera "Aida", which Orlando used to beg his parents to play in his nappy, then parade around the living room to the triumphal march overture, which was one of his earliest memories. I have always written poetry to navigate through life, and grew my singing experiences through being a choral scholar at St Marylebone school. There, I got the great chance to perform Arrias and sing jazz, working on developing my sound in each concert. I have always loved the buzz of performing, and find so much joy and pride in creating music that evokes all of my favourite artists. We are so buzzed to release our first single, "Turkish Delights", (which we have shared in the soundcloud link) that comes out on the 1st of November.
We would love to record our song "Sunflowers", which is an incredibly hauntingly sad song that was written about a dark time and my naivety in new relationships. It has soft synths and a melancholic guitar riff throughout with high vocals that almost take influence from opera yet are met with a modern sound. We wanted this song to capture the moment when you realise a bond with someone is at a bitter end. The song begins with soundscapes of a rainstorm ending as a metaphor for the death of this delicate sunflower as the cultivation has ended, as well as the hope that comes and the relief when a stormy night ends. This song is one we hold closest to our hearts and was the quickest to write for us as it felt incredibly natural and therapeutic almost. The song is incredibly intimate and raw, so we feel that recording this with such guidance in a great studio will convey the vulnerability.
The south london jazz scene is one we follow closely and definitely gave us ideas as it encapsulates the sounds we grew up to. Coming from such a multicultural place, Swiss and Jamaican families, I adore our tradition of blasting reggae at every gathering, dancing all night to such freeing music. We listen to an extreme range of muisc, but if we had to pick our greatest inspiration, Trip hop has been the biggest influence for us, growing up with Massive attack and portishead from my dad, it is really a emotive and powerful fusion of genres. We love the clubbing scene and I also enjoy DJing and get so much inspiration from the nightlife in Bristol and Leeds. J dilla also had a great influence on me, as well as the quintissential artists like Patty Smith, Bowie, Lou Reed and Frank Zappa, Nina Simone and new upcoming artists like Oscar Gerome, Crumb, Greentea peng, Ebi Soda and Arlo Parks. We make songs that we can see our friends enjoying, yet tell a strong powerful story. We strongly believe our sound is incredibly unique, due to the clashes in the contrasts of culture and exposure of different music we have encountered, and we hope you do to.