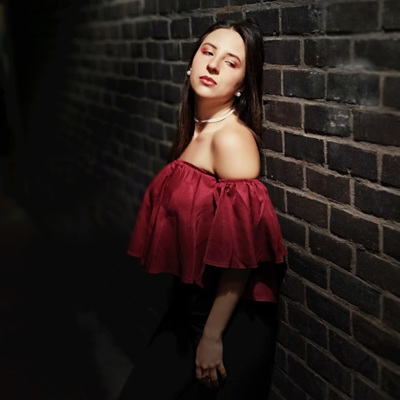 Spiced sassy pop, Zürich – Ivana B, is a singer-songwriter born in Buenos Aires, Argentina, in 1996. She grew up between Europe and South America. She decided to start out on... Read Biography

Ivana B, is a singer-songwriter born in Buenos Aires, Argentina, in 1996. She grew up between Europe and South America. She decided to start out on a musical career in her early teens and subsequently wrote, recorded and produced her debut LP at the age of 17. At 18 she went to London to pursue a university career in composition and songwriting. Having now further matured her musical style and following her recent appearance at The X factor in Spain with over a million views on youtube, her material is being described as infectious pop, characterized by mixed Latin undercurrents, with not only English but also Spanish lyrics, bringing together modern catchy hooks and spiced sassy rhythms. Her music is a special cocktail in musical terms, as the artist claims ''I refuse to put my music inside a box'', as she is influenced by rhythms ranging from urban, from Latin America, to pop/rock on behalf of London and European cities where she has been.
Love brought her to Switzerland, and now it is Ivana who has fell in love with her, a place that she now proudly calls home. She is based in Zurich where she is working on a new premiere planned for early 2020.

Registered since about 2 months
Last login on 14 January 2020