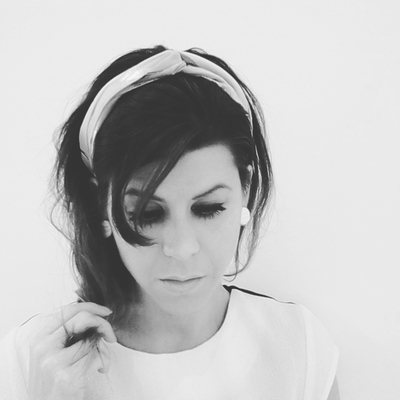 London-based pop singer/songwriter Nadia Marisa unleashes dreamy music that expands the heart and exposes the warm depths of her soulful center. Her songs shimmer with contagious melodies and complex harmonies bubbling up with elements of soul, jazz, folk and the Blues. Nadia’s versatile voice glides through introspective ballads, danceable pop tunes and all the layers in between, delivering heartfelt lyrics about the love, sorrow, transformation and the joys and triumphs of the human experience. Through cathartic live performances and thoughtful recordings, she reveals stories about her magical inner world and encourages others to live their authentic selves, delight in the present moment and expand their imagination.

Born in Switzerland within a family of singers and multi-instrumentalists, Nadia first felt the otherworldly rapture of music while listening to her parents’ extensive record collection. A shy and quiet child, she secretly sang along to soul, R&B, pop, rock and funk by artists such as Aretha Franklin, Simply Red, Roxette and ABBA and was encouraged by her parents to take up piano lessons. The energy of Celine Dion’s album Let’s Talk about Love gave her the courage and inspiration to sing out loud and start to make up her own songs in order to express her emotions. In her teens, she dedicated herself to fine-tuning her skills while touring Switzerland with Gospel choirs and singing and writing new material in local bands with friends. At the same time, she took formal voice and music lessons, exploring music theory, music history as well as classical, jazz, pop and soul repertoire.

Even when Nadia’s journey led her to earn a bachelors degree and became a primary school teacher for several years, she kept her eye on a singing career and dreamed of being a professional musician. In 2012, the pull of music inspired her to leave Switzerland and move to London where she started studying Music Performance and Vocals at London Music School and blazed ahead as a professional singer/songwriter.

Inspired by powerhouses like Alicia Keys, Joss Stone, Adele and Lianna La Havas, Nadia is currently basking in the smooth, refreshing vibes of her newest single, “Summer,” produced by Zurich-based producer Bilgi Sakarya from Audeo Productions. The song and its accompanying music video were both released in Summer 2016. In 2014, she released a four-song EP, Hope with a full band made up of a talented group of her contemporaries, featuring Cal Wymann, lead guitarist of the Swiss rock band Daxx&Roxanne as well as London-based pianist Benjamin Buttler. Buttler also plays keyboards on all her recordings, and the pair has a duo that gigs regularly in London and throughout their home country of Switzerland.

Nadia continues to live, write, record and perform in both the UK and Switzerland while she expands her horizons by experimenting with a multitude of styles and genres that make her spirit sing. “Summer” is available now.

Registered since over 5 years
Last login on 31 October 2016