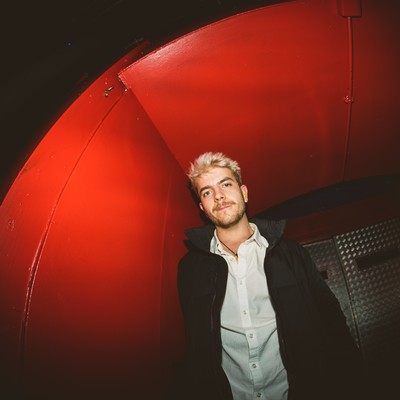 Nathaniel Cartier (23) is becoming an internationally respected solo artist representing Switzerland.
He is available for bookings, showcases and interviews!

Nathaniel grew up in France and Zug, Switzerland, and is the youngest of five in an Anglo-American family - speaking English, Swiss German & French.
Currently studying Acoustics and Music Technology (BSc) at the University of Edinburgh, he is devoted to the Edinburgh Creative Scene and redifining the standard for creative communitites through the Edinburgh Collective.

He started playing piano and saxophone as a child, developing a strong passion for music in jazz and pop whilst living in Zug, Switzerland.
Now a multi-instrumentalist (also playing guitar, bass & trumpet), Nathaniel is an energetic and professional performer, singer, rapper and songwriter. Taking advantage of all his instruments and musical skills, he is chasing a new direction of popular music - Neo - a modern direction he is still conceptualising. He shares down-to-earth life stories, situations & emotions incorporated into feel-good and heartfelt vibes. His music has been played on BBC Radio 6, BBC Radio Scotland, SRF 3 and more,

He has a new Scottish Album coming out in June 2023! And is using the opportunity to develop his fanbase in Scotland, as he keeps on pursuing his ambition of becoming a successful internationally recognized Swiss Artist (think the Mac Miller/Cro/Ed Sheeran/Harry Styles/David Bowie of Switzerland). Definitely someone to keep an eye out for.

Registered since over 2 years
Last login on 12 January 2023