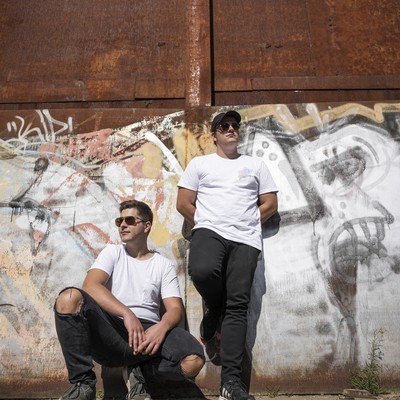 Techno, Dance, St. Gallen – Nehilo is a swiss based DJ and Producer Duo consisting of Justin Gfrerer and Joel Schwendener. They are both living in the east of Switzerland near... Read Biography

Nehilo is a swiss based DJ and Producer Duo consisting of Justin Gfrerer and Joel Schwendener. They are both living in the east of Switzerland near the border to Austria and they are both passionate musicians for a lifetime. They met each other at a huge Party in Sennwald for the first time. At that moment, both Justin and Joel were active in other Projects, but they were both playing at the same venue. As the time was passing by, they started to collaborate and made music together. The duo produced several remixes and Originals for Various Swiss and International Artists and gained a lot of exposure through that. They were Support Act of several Big Names such as DJ Antoine, Mike Candys and Tanja la Croix. After 5 Years both of the previous Projects broke down and the duo already had in mind to quit music forever. Both recognized that their goals are literally the same and their motivation was indestructible at that time. Eventually, they decided to work together, as they both have the same goals for the future. In October 2018, Nehilo played their first few gigs in small bars and Clubs. From time to time, more and more people started following them, buying their merch and started being a part of the #NehiloNation. In summary, Justin and Joels tracks have been listened nearly a million times across all their Social Networks, but this is history. It’s time to open a new chapter and show the world, what NEHILO is all about