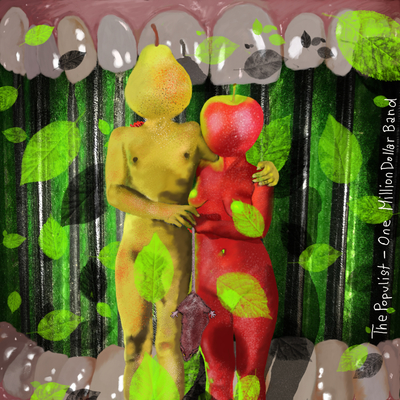 Blues Pop Rock Elektr..., Zürich – The One Million Dollar band will never not provide a biography. They will never have anything to say and should they ever have said anything, or... Read Biography

The One Million Dollar band will never not provide a biography. They will never have anything to say and should they ever have said anything, or say something in the future, you respected readers, must have misread, misheard or seen wrong. In addition, this was certainly one of the few moments where the band has been silent. However, what one can absolutely say: a woman and a man who make damn good music, can play for hours. They produce their own recordings; the two have ears. They want only the best for their music. They have invented it and are proud of it. He plays guitar and so on, she plays the drums, both are somewhat peculiar but very treatable. The two might be described as modest but more is not written here. They are not rock star performers, but do not try to lie, one could describe them as brilliant if you wanted to, and both would certainly have nothing against it, they probably would even be moved to tears. Who knows? If you had expected a biography you are certainly disappointed, but will still feel well entertained. Hey, the One Million Dollar Band has done it again; nobody left behind.

Registered since over 14 years
Last login on 28 November 2020