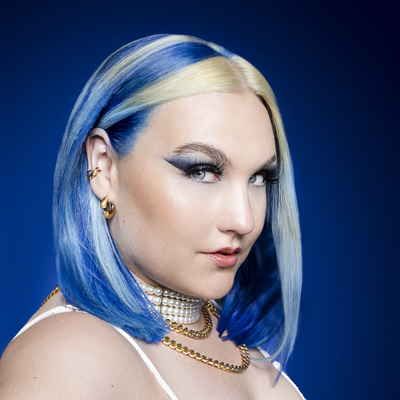 Hip Hop/ Dance, Basel-Stadt – INFO PALMU is a Finnish/Moldovan singer/songwriter based in Berlin. Her love for music has always been there but her career really started since... Read Biography

INFO
PALMU is a Finnish/Moldovan singer/songwriter based in Berlin. Her love for music has always been there but her career really started since she signed a publishing deal with BMG Management Publishing GmbH and moved to Germany. PALMU comes from a family of classical musicians and she’s been part of many operas in Finnish National Opera House it was always very clear to her that she didn’t belong there. Eventhough you can feel the influence of theatre and drama in her music you can also hear that she loves pop/hiphop and that’s she doesn’t take herself too seriously. Personality pop is how she would describe her music, she loves to write quirky concepts and hooky choruses, Eventhough very distinctive soulful diva voice she loves to make music gives you energy, confidence and at times makes you laugh. This combination makes PALMU an unique and yet relatable artist.

”Stage is my home”is what PALMU says very often. She has opened up for Princess Nokia (US), Stonebwoy (GH) and performed in numerous concert halls such as Finnish National Theatre and says nothing can beat the feeling of being on stage. Her music has also been played in numerous radio stations in Finland and in Germany. Her latest single Housewife had a music video premiere in Finnish TV and was received well. PALMU has worked with numerous platin/gold songwriters/producers who have credits with Madel (UK), Galantis (UK), Snoop Dogg (US) ,Diana Ross (US) and right now she’s focusing on releasing her next single.

As a songwriter PALMU has had some success also specially in the radio as in sync. She co-wrote Finnish Women’s national Football team’s EM-song which is now on Volkswagen adds all around Finland. Also Brain On Fire- Vescu ft. Ivan Giuse, co-written by PALMU, has been played all around European radios such as NRJ Germany etc. and reached #11 in Swiss radio Dance Charts. Overall PALMU has had the chance to work for a lot of artist such as UK X-factor winner Ben Haenow (UK), ANNABELLE (CH), Rebecca Helena (NO), Together Alone (GE) and Mellowdy (GE) as a songwriter. These tracks have brought millions of streams to her way and more exprience specially in the dance world.

PALMU believes strongly in self-expression and wants her music to make you feel confident in who YOU are. That’s why her next release is all about feeling comfortable in your own skin even if it’s a bit more than you can chew ;)