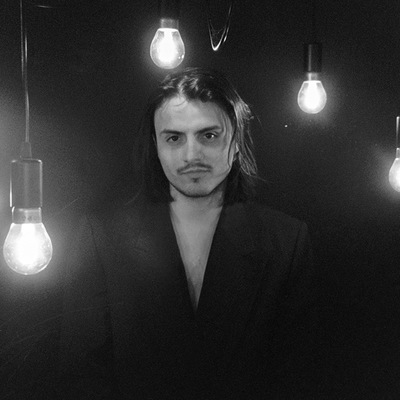 Pop, Zürich – SEB LOREZ IS A ZURICH-BASED ARTIST. ACTIVE IN THE LOCAL MUSIC SCENE FOR SEVERAL YEARS, HE HAS BEEN RELEASING SONGS AND PLAYING SHOWS SINCE HIS... Read Biography

SEB LOREZ IS A ZURICH-BASED ARTIST. ACTIVE IN THE LOCAL MUSIC SCENE FOR SEVERAL YEARS, HE HAS BEEN RELEASING SONGS AND PLAYING SHOWS SINCE HIS DEBUT RELEASE "SLIDE AWAY EP" IN SPRING 2019. SAYING HE IS A POP ARTIST WOULDN'T DO JUSTICE: HE INFUSES STRAIGHTFORWARD DRUM-MACHINE RHYTHMS WITH COMPLEX SYNTH PATTERNS, ALWAYS LEANING TOWARDS A BLEND OF SURF ROCK AND '80S SOUND AESTHETICS. HE MIGHT DRIFT FAR OFF AT TIMES, BUT LISTENING, YOU ALWAYS KNOW EXACTLY WHERE YOU ARE. HIS WARM VOCALS, THOUGH SOMETIMES PITCHED, GROUND YOU AND TIE HIS MUSICAL DIVERSITY TOGETHER.
Since his debut EP “Slide Away” in 2019 and the singles ”Don’t Tell Me You're Sorry” and I Hope You Know” in 2020, he performed live all over Switzerland and opened a sold-out Volkshaus Zurich for James Morrison. Seb reached playlist placements like ”Van Life” or ”New Music Friday” on Spotify and “Pop Au Lait” on Apple Music. He was nominated for the final of the m4music Demotape Clinic. As a teenager, Seb Lorez drummed in two punk rock bands, wrote songs and played in front of audiences for the first time — he was instantly hooked. On the way to finding his voice, he experimented with sounds and gained live experience.

Inspired by key moments in life, Seb tells stories about personal experiences. Today Seb Lorez's second EP is released. On “Shift” he proves that he doesn't let himself be pigeonholed: He sings softly over the acoustic ballad “Higher”, lets himself go and longs for summer on the opening song “Miles Above The Ground”. What ties the songs together is the quest for meaning on Seb’s journey of self-exploration, like on “Time Keeps Running,” whose hypnotic loop takes you along as the Zutrich songwriter e asks for his destiny and wonders what will happen next. On this, he personally states:

“I've been working on this project for the last couple of months. It's been a tough year for us musicians, not being able to be out there and play, which is what I love most about music. I've used this time to reflect and embarked on a new musical journey, exploring different sounds and myself. It felt good and was great fun. During this process of self-discovery, I wrote a lot of songs. I'm super happy. Also about finally getting to share this project. The last year literally felt like a “Shift” - and I rediscovered music for myself.”