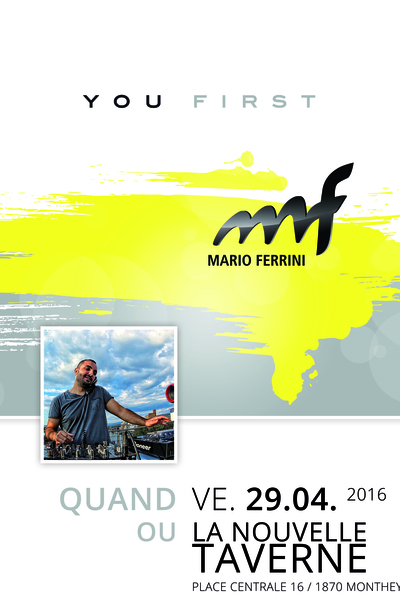 You First: Mario Ferrini reaches for the stars

House DJ and producer Mario Ferrini reaches for the stars with his latest album «You First». This Italian Swiss producer is not a newcomer to the house music scene. Not only is he an established artist in his country, his track «How Can I», which he created with the international king of house CeCe Rogers, has become a worldwide hit.

With his new album he is about to break new ground or as he likes to say: «to widen new horizons for the audience». In order to do so, he has resorted to some guest stars!

In his career, he has had the opportunity to cooperate both during his live gigs as well as his studio work with renowned names. His album «You First» features a great array of club celebrities: CeCe Rogers, Michelle Weeks, Darryl D’Bonneau, Leslie Philbert, and Jesse Ritch are some of his companions throughout this house adventure. Be it Latin, funky or tech house, Mario Ferrini remains true to his melodic and rhythmic roots, without forgetting the chart potential of his music.

This album also represents a new opportunity for this DJ and producer, who has been active since 2006, to tour through Switzerland and Europe. His next appearance is scheduled on the occasion of the upcoming «Swiss House Music Convention».

Let the groove catch you and pump up the sound! You First!