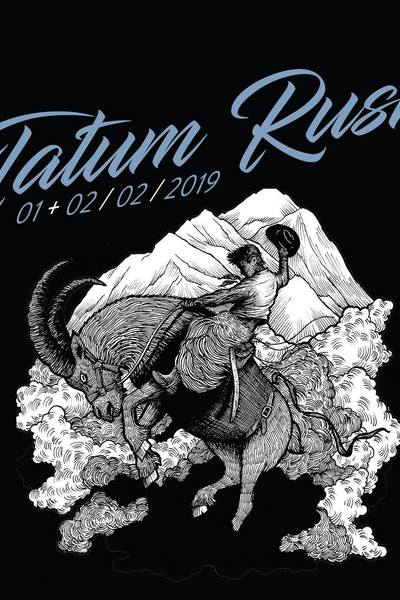 You could run into a show of American/Swiss-Italian songwriter, producer, performer and singer Tatum Rush at an underground club in New York, sure, but quite possibly also at a decadent rooftop party at an 18th century estate in Rome. It's Pop, it's contemporary R&B, it's Nu-Disco, some describe him as Prince-meets-Osho in a Saudi Arabian desert.

Tatum Rush was born in San Diego, California, and since receiving a bachelor in performance art in Geneva he has been working between Lausanne, Paris, Berlin and Milan in songwriting, recording, video-making, dancing and producing - sometimes under various pseudonyms. In 2018 he played at the Montreux Jazz Festival and will play in January 2019 at the Eurosonic Festival (NL). He collaborated with artists as diverse as Zap Mama, Richard Dorfmeister, Björn Magnusson, Fai Baba and Tsunano, Tatum's musical influences are broad as a desert so you might catch midnight glimpses of Patrice Rushen, Erykah Badu, Marcellus Pittman, Panjabi MC, Tom Jobim, but also Frank Ocean, Sébastien Tellier or Jai Paul.

Tatum writes and produces his own music often in collaboration with producer Ceri from the Milan-based record label Undamento. During his live shows he is escorted by DJ Bauchamp and his manager of unknown origins, Chad Murray, and always wears a black silk-like scarf on his head.