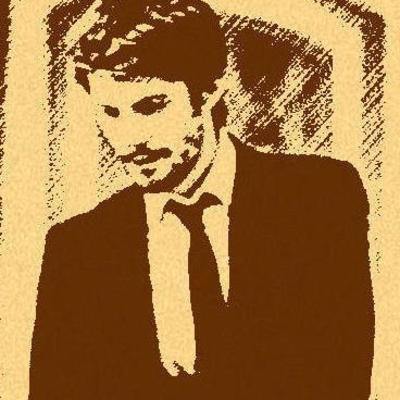 Pop, Vaud – charlton is a one man project. Songwriting pop and folk in English and French. Created in 2002, 4 collections of songs recorded independently since... Read Biography

charlton is a one man project. Songwriting pop and folk in English and French. Created in 2002, 4 collections of songs recorded independently since then, the latest in 2013. Looking for collaborations!

All the tracks present on this website are available for download, and the complete collection of my songs can be downloaded from my reverbnation profile: www.reverbnation.com/charlton

charlton is my solo project after a 10 year experience playing with local bands as a guitarist/singer.
Most recently, I completed a series of 12 songs that belong to the chartlon IV collection. This time, I went for shorter songs with immediate melodies that all use an acoustic guitar background; I had a go at a variety of rhythms and feels: mostly straight rock but also sometimes groovy, or even latin and brazilian. My main inspirations for lyrics, exclusively in English this time, remain experiences from my daily life, travels and stories inspired by the books and movies I read and see.
Before 2013, it all went like this:
In 2002, I started to write and record music on my own, liking the idea that I would write all parts that come on a given song and control the creative process from one end to the other.
In 2005, I completed a first series of 10 songs in English (charlton I), all recorded with very limited means. The mood of these songs is intimate and is built around the classic acoustic guitar/vocal combination, with a bit of electric guitar and Wurlitzer piano to make the arrangements richer. Already with this first series I have been trying to mix my fondness for immediate British pop melodies with rather complex chords and structures.
During the 3 following years, I wrote French texts that were representative of whom I was at the time. The result is a collection of 15 personal songs completed in 2008 (charlton II) with a rounder sound including many keyboard parts, and with a greater variety of rhythms and worked-out arrangements; I also invited some friends to contribute on certain songs to add some colours (violin, trumpet, flute, drums and keyboards).
Between 2008 and 2010, I worked again mostly on English texts and used computers to create rhythms and keyboard parts. I completed a series of 7 songs published in 2010 and 2011 for which recording techniques remain elementary, but with a much fuller sound (charlton III). I finally got to reach what I feel is the right balance between lo-fi sound and rich arrangements, between immediate pop and crooner/songwriter sensitivity; that is the balance that I’ve been looking for ever since I started.

Starting in 2008, I’ve also been producing myself live solo in small venues, rearranging my songs for an acoustic guitar/sampler based show. I am always on the lookout to find a second musician to complete the live arrangements.

I am of course interested in getting my music as known as possible, but I am also eager to meet artists and musicians to discuss collaborations.

Thanks for stopping by, Loïc

PS: art cover accompanying the songs are by Anna Halm-Schudel www.fotoschudelhalm.com/ for I-III or Jon for IV