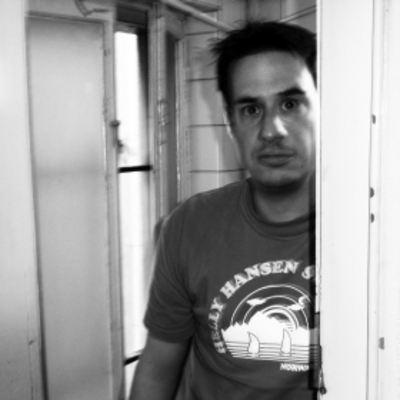 Techno, Zürich – Switzerland's leading progressive producer, the man behind club monsters such as 'Strange World' and 'Promises', chats to progressivehouse.com over... Read Biography

Switzerland's leading progressive producer, the man behind club monsters such as 'Strange World' and 'Promises', chats to progressivehouse.com over a pint of beer about his forthcoming album.

You have been involved in production for many years yet this is your first album. Why the long wait?

Before it just was not the right time for me to produce an entire album. Doing dance tracks and remixes is one thing. But to come up with an album that is not just a collection of tunes but more of a musical journey seemed to be much more difficult for me. So, I was quite hesitant for a long time, although I was always very much attracted of the idea at the same time. The album format certainly let’s you do things that you wouldn’t be able to show within a normal 12”. And that was the main argument that made me finally start with “Greed’s Temptation”.

Greed fans will quickly spot some ‘missing’ tracks on the CD, most notably ‘Strange World’. Was there a musical reason for the omission of some tracks or licensing issues?

On one side it seemed to be a “must” to include tracks like “Strange World” or “Promises” on the album. On the other side I felt that the “Strange World” days for me were over. My sound has also changed over the years and instead of recycling old stuff I wanted to come up with something more up to date. That is also the reason why you won’t find any vocal track on the album. Although Lesley and I started working together on this album project, we soon discovered that we headed far away from dance music and that we liked that quite a bit. What came out during those sessions was more of a blend between trip hop and rock with an electronic touch. To make our departure from dance music even more clear we decided to rename “Greed featuring Lesley” into “Kcurl” and that “Greed” would be my electronic solo project from now on.

Your label, SOG, and its many off-shoots, have released nearly 50 records. What is the future for the label group? Will you be continuing with vinyl releases or will there be a move to digital?

We were trying very hard to find the optimal solution for the label over the past year. And we are still looking for it. At the moment we are still doing our vinyl releases. Besides the fact that there’s still a small market, we consider vinyl as an overly expensive promotional tool. At the same time we try to be as present as possible in the digital market. Having our label management Critical Rhythm behind us is helping very much with optimising our presence on the most important sites.

Mention Switzerland to someone and they are more likely to think of cheese, chocolate and Ricola throat lozenges. The Zurich Street Parade has raised the profile of the country in terms of dance music in recent years, but what is the scene like for the rest of the year?

Living in Zurich I have to say that the scene has become quite big compared to the size of the city. And since economics are picking up again in Switzerland, people start to go out more. Although most of the clubs play commercial House or Electro, there are several clubs like Club Q, Rohstofflager or Labyrinth that are musically more open. And it’s good to see that there seems to grow a melting pot between the different scenes that have been pretty separated in the past. DJs are playing more and more progressive trance, electro and progressive house in their sets. Even DJs from the commercial trance scene start to put an eye on our sound, so I think the future is going to be quite interesting.

Switzerland face France, Togo and South Korea in World Cup Group G. Do you think you can qualify?
Of course, this World Cup is going to be the big one for us! After beating Germany in the semi finals we will conquer Brazil in the final and become world champions!

Finally, what can we expect from Tobi Wirz and Greed, DJ and production-wise, in the near future?

I’m working on a lot of different things at the moment. The “Kcurl” album with Lesley should be finished by the middle of the year (www.KCURL.net). Besides that I’ve again started playing bass in a rock band named “Duality of Mind”. With those guys there’s also an album in the pipeline. But no worries, I also planned to work on dance tracks this year. At the moment there are a few collaborations, namely with Andre Absolut, Soniccube and Inkfish, that keep me busy during the week.

Registered since over 14 years
Last login on 19 September 2006