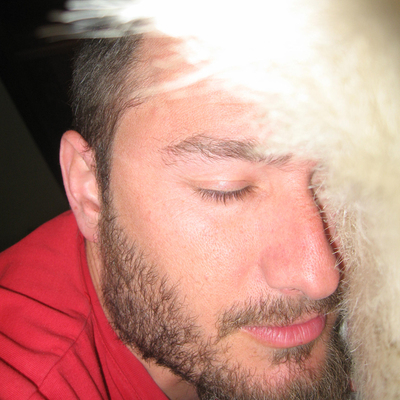 Electro, Geneva – HOPEN ADVANCED AUDIO NARRATIVES “I always think about my work as some variations on the same subject, a way to observe, concider and show the... Read Biography

“I always think about my work as some variations on the same subject, a way to observe, concider and show the human being as an hypothese, a perhaps... Working at the edge of being, on the societal inconscious, and in the moment when it's still possible to invent the world as a mysterious limit...”

Childe Grangier is a contemporary music producer and artist based in Geneva, Switzerland. He's first influenced by the sounds, daily noises and music experimentation from Zappa, Autechre, to Luc Ferrari or Fugazi but also not especially musicians. A significant part of his inspiration comes from the visual world or the story telling, poetry and living theater from the 70’s to now.
Using architectures of hazard and chance, the idea is to produce sound and to share a different experience of listening…

2006: Hopen NetLP / "Spoken with fire in the green night"
on Adozen.org

2005: Hopen LP Live Ltd / "In the time I went to America"
on correspondance-electronic

2005: Hopen LP / "We are singing for hurrays"
on Arbouserecordings

2003: Hopen / Fed by the mountains which will always be addicted to boredom - LP. Plak Records

November 2005: Live at Fri-Son in Fribourg
during a Adozen netlabel night /Switzerland

May 2005: HOPEN + CHATON live set performed
at the PanoramaBar in Berlin

March 2005: Live at Dach Kantine in Zurich
during the Live Festival /Switzerland

February 2005: Live at Fri-Son in Fribourg
during a Koroke night /Switzerland

Registered since over 14 years
Last login on 11 September 2006