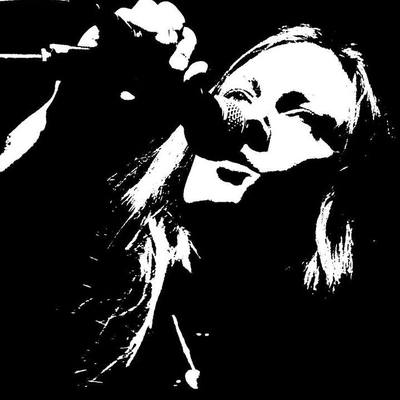 Rock, Aargau – Born into a Central and Southern European rooted musician's family from Switzerland Linda was fascinated by music and languages ever since she can... Read Biography

Born into a Central and Southern European rooted musician's family from Switzerland Linda was fascinated by music and languages ever since she can remember. At the age of nine she started taking classical guitar lessons and had her first public performance as a main singer at a church. After a break of two years she continued musical schooling when she was twelve and soon began creating her own melodies and rhythms. Robert Grossmann, her guitar teacher at that time, discovered Linda's wonderful voice and motivated her to train her vocal skills as well. With Grossmann's assistance as a native speaker from San Francisco she wrote her first song in English.

Linda formed a high school rock band called Dissident (1995 - 2000). The band gained much local attention because of Linda's charismatic appearance and the band's experimental and virtuous style and rare line-up. In the meantime she visited the college prep school Kantonsschule in Baden where she focused on languages (Latin, English, French, German, Russian) and music (classical guitar, singing, choir, theory).
Having gathered different work experiences and taken electric guitar lessons at the Basel Jazz School Linda decided to start studying languages at the University of Basel. She completed the basic studies in Russian language and English linguistics and literature. She took Hungarian and Czech lessons in the meantime and went abroad for language studies at the Hungarian Language School in Budapest and the Charles University in Prague.
Music was always Linda's companion in life, so she kept working on musical projects in her spare time. In 2002, Linda joined local rock band Suddenly Plastic from Baden in Switzerland. Suddenly Plastic won second place in two different national band contests, and released the EP "Dive To Fly" (2004) and the full-length album "You Just Don't Know" (Rock Archive, 2009). The band can look back to at least ten years of live gigging, sharing stages with acts like Spencer (CH), Prisma (CH), My Name Is George (CH), Urge Overkill (USA), and many others.

Linda now gives public performances as a solo artist, works as a private music teacher, and takes part in various musical projects. She skillfully accompanies herself on the guitar for her sets consisting of self-composed songs as well as selected covers. She deeply moves the audience with her haunting vocals, true in-depth charisma, and radiating power. Linda launched a rock band project under her name in 2012 and was joined by her Suddenly Plastic band mates and friends Andreas Schmied (bass, electronica) and Manuel Sulzer (drums, percussion). Linda Kratky's first full-length album "Freedom Inside" is planned to be officially released in 2014.

Registered since over 8 years
Last login on 2 September 2015