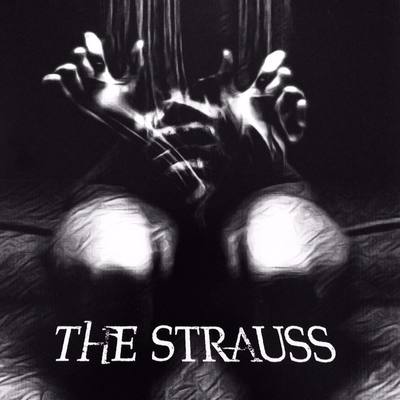 Rock, Valais – The Strauss is a rock / metal band, formed in 2012 in Monthey, Switzerland. In 2012, Eric leaves Absorbed and aspires to other musical... Read Biography

The Strauss is a rock / metal band, formed in 2012 in Monthey, Switzerland.

In 2012, Eric leaves Absorbed and aspires to other musical directions. He then contacts the musicians with whom he always wanted to play: Stéphane, Fit and Micky.

They compose songs mixing all their influences: sometimes Rock, sometimes Stoner with a few progressive keys incorporating Heavy Metal and even very heavy passages, thus making their compositions very rich. They have no musical limits, which makes their music particularly varied and intuitive, flayed with big riffs, sustained rhythmically and deep in the instrumental parts. The musical structures are well developed in a creative team atmosphere.

While Pascal Berod (vocalist of Remade) comes to lend a helping hand by the vocal, the group carries out tests with several singers of the singers, without great success.

In October 2014, Fit contact Carina to find out if she is looking for a band and invites her to an audition at their rehearsal room. She puts her voice on their compositions and immediately creates the alchemy they seek.

The band is finally complete. Carina proposes that the group be renamed "THE STRAUSS", giving a more family and collective vision. It brings all its vocal palette, its professionalism and its texts. His vocal timbre is sometimes soft with Soul / Blues tones, sometimes Rock / Heavy, severe rage, clear and powerful highs, passing from full voice to lyric, so she tries for the first time to vocal technique in scream . His vocal style and melodies have no limit and bring the final touch to each composition.

The Strauss, work their compositions creating the pieces to the various atmospheres while keeping a rock base.

Carina writes both positive and mystical texts, drawn from real-life events, or human behavior, or on dramatic events. There is a real psychological research in his texts with a desire to convey messages, to tell stories, to evacuate sorrows or to tell passages of life. The aim is to convey the passion that animates it and to make the public travel to each composition.

Then at the end of 2015, for their very first concert they are offered to ensure the 1st part of BLACK RAIN at the Manoir Pub in St-Maurice in Switzerland. The public welcomes them warmly, which makes them want to enter the studio to record their first EP.

At the beginning of 2016, The Strauss, chose to work with Vladimir Cochet at the Conatus Studios to record their EP of 4 tracks very different from each other, demonstrating the diversity of their music.

At the same time, with Conatus Studios, they shot a clip during their recording session on the song "Hand of Judas", which once posted on Youtube, meets the strong sympathy of the public.

Following the recording of their EP, The Strauss work their live set list and then turn their official video clip on the title "Alien", which comes out on September 19, 2016, directed by Xavier Borgeaud member of the association PAKO'Z'ÔTRE, and are offered a new concert at the Kremlin in Monthey, Switzerland as part of the association which aims to fight the cancer of children through music.

Throughout the winter, The Strauss composed new songs and worked on their setlive to offer their best to their audience.

Currently they are preparing for some dates in the process of confirmation in October and November 2017 between Switzerland, France and Belgium and are already looking for concert dates for 2018.

Their official website is under construction by Joffrey Hurard in Belgium and will be online in the year 2017.

Registered since about 7 years
Last login on 1 September 2018