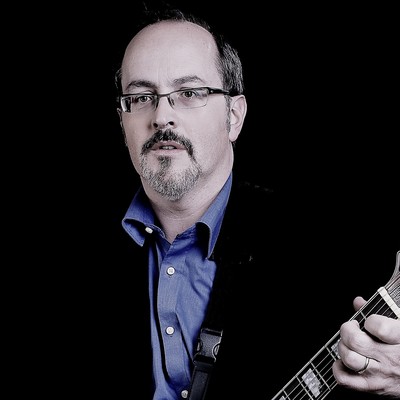 World music, Aargau – I am a guitar player, with over 40 years of band experience as composer, lyricist, singer and arranger and even mixer I made my first LP together... Read Biography

I am a guitar player, with over 40 years of band experience as composer, lyricist, singer and arranger and even mixer
I made my first LP together with the group Nautilus (Spacestorm) in the year 1980. Further studio recordings took place in Geneva. In 1996 I recorded an album with the dialect rock band SNÖFF COMPANY, (today SNÖFF AT Horns) a CD on (Buebetroum). The song Buebetroum ran for several weeks on the radio Argovia.
This was followed by the footbal club Aarau Fansong, and many other studio projects in which I was able to live out my creativity as a composer, arranger, guitarist and singer.
With my first Song produced with DJ-Römer
"I do not know why" I created a nice pop song that spreads good mood. I set myself a goal: to load at least one song on Mx3 every year. With Take Another Day I have again created a pop song, which echoes in the ears and stays in mind. That's the way it has to be.
Thank you for lending me your ear!
sincerely
Dieter Thomas alias 2Another

I'm glad, if you like the song --- I still have a lot more songs in my brain and on my computer 🤗
As always, everything is a question of money and time ...😩👍😉