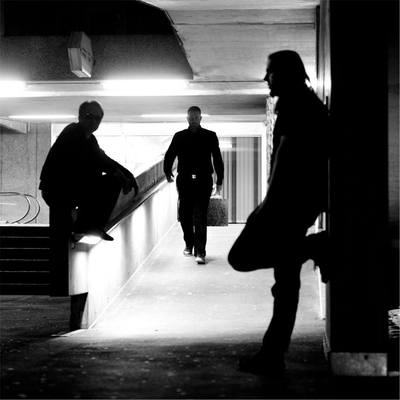 Created to fit the LP format, ‘Sulfur/Sodium, drags its listener in two distinctive landscapes, with each side of this album, both branded with the now famous ‘Swiss savoir-faire’.

Hypnotic riffing and inventive sampling are the trademark of urban construct ‘Sodium, while ‘Sulfur, plunges in an industrial yet melodic black metallic furnace.

Thought as a consortium of sound-crafters rather than a plain band, 3 DAYS OF SILENCE lies upon its three-core nucleus – Faex, AsCl3 and Tom. But also sees cameos by many talented artists, namely Aort (Code, Blutvial), John (Blutmond), Pat Bonvin (Near Death Condition), or Vince (Xicon). aCid (Wulff Kloff, Dark Isle) also crafted an ice-cold trip-hop remix, as an internet only bonus track.

Bitter impressions of damp British streets, soaked in ale and whisky. Fear of a blank future. Acceptance of our own frailty. 3 DAYS OF SILENCE is not going to take you some place safe.

Registered since over 8 years
Last login on 20 December 2013