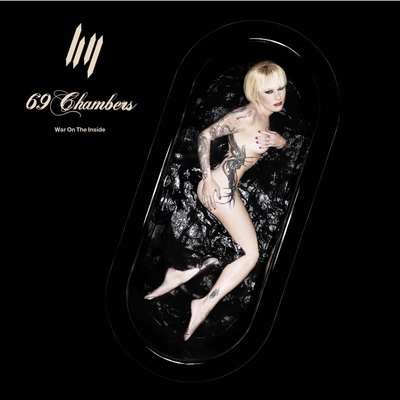 69 Chambers are heavy riffing guitars counterpointed by Nina Treml’s pop-oriented vocals, while Maddy Madarasz’ driving bass and Diego Rapacchietti's blasting drums form a tight and solid wall of sound. The Swiss rock/metal-threepiece was formed by the guitar-playing frontlady in 2001 and soon made a loud impact at the «Universal Breakthru Contest», recorded an EP as well as a video and gave their international debut at the «Pentaport Festival» in Incheon, South Korea amongst reknowned bands like «Muse» and «Testament». After experiencing the unfreedom in the «Land Of The Free» for some time, Nina returned to Switzerland with 13 powerful songs to record the debut album: an uncompromising work full of contradictions and unique melodies. 69 Chambers’ «War On The Inside» will be released on April 24th, 2009 worldwide under the label Silverwolf Productions.

Registered since almost 14 years
Last login on 5 May 2009