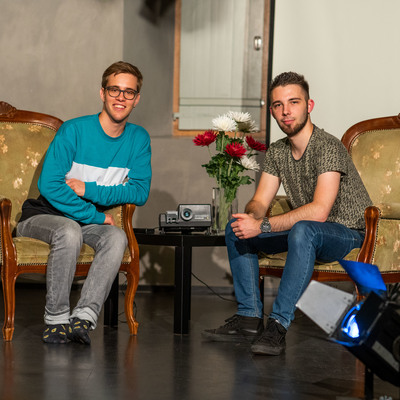 Living in Switzerland, EDM-Duo Achrona released their first single this summer. Influenced by EDM legends Avicii and Syn Cole, their sound brings summer vibes to the listeners ear. The two friends Noah Zimmermann and Jonas Wiederkehr met at school and have been friends ever since. This spring, during the coronavirus pandemic, they decided to open Logic and start to make some music. „Color of Summer“ was the result of this creative flow. Articles in local newspapers and international radio-airplay followed shortly after the release. „While working on our first single, we had so many cool ideas for other songs. We are happy to work on new tunes right now “, says Jonas.
Achrona isn’t just music out of your loudspeaker. Both Jonas and Noah want to give the listener a visual art too. Their music videos are colorful and well crafted. Noah is happy when talking about the video: „Filming our music video was a joyful ride. We never made a video project with these dimensions before. It gave us the opportunity to give our beats a visual reference. “
Both at the start of their music career, Noah and Jonas are very happy to share their self-made music with the world. And there is more to come!