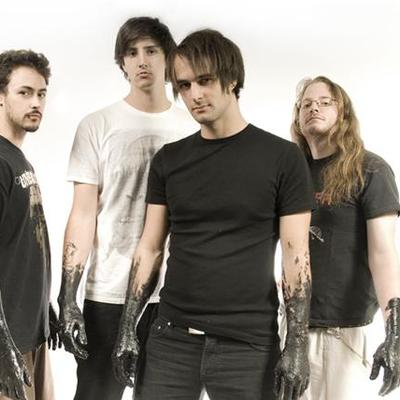 Everything begins in spring 2008, as Alex, guitarist, influenced by bands such as Underoath, Boy Sets Fire or Killswitch Engage, composes his first songs with Aurèl, a friend of his, playing drums in a previous band they were both in.
Quickly the group's first compositions take shape.
They then meet Aless, current singer, very influenced by the way of singing of Deftones and Norma Jean.
Several months go by before Aurèl meets Jérôme, bassist, studying in the same music school as him. He brings in his own influences: Tool and Nine Inch Nails among others. After some thinking, they decide to remain a four-member-band, because the bass and guitar riffs suffice to carry out rhythm and melody.
In the beginning of 2009, after several months of a stable line up, Aurèl quits the band because of personal reasons.
It's in February that Vincent, long-time friend and former co-band member of Jérôme's, enters the band as new drummer.
Vincent learns very fast all of the compositions so as to be ready for the oncoming recording session.
In July they contact Sam, guitarist for Helmut, to record their first EP “Earning's Chain”. In one week-end they record their four titles. For mastering Sam advises them a very competent friend of his who works at the Studio du Flon in Lausanne.

(Affect Head is a Metalcore band non-engaged politically or religiously but who sings about the problems related to the current social system.)