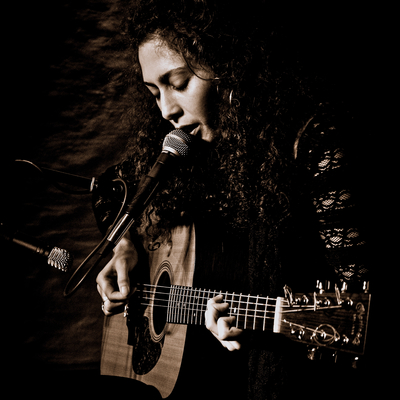 Folk/Country, Blues, Zürich – A slightly smoky voice, reminiscent of Nina Simone and as skillful as a female Robert Johnson on guitar. On her new record, “The Black Phoenix”,... Read Biography

A slightly smoky voice, reminiscent of Nina Simone and as skillful as a female Robert Johnson on guitar. On her new record, “The Black Phoenix”, she sings the Blues of the 21st century.

Akina McKenzie has a story to tell:

Her nomad lifestyle has taken her across the globe from Los Angeles over Memphis to Vancouver and ultimately to Switzerland at a very young age. Her ancestors being the Métis in Canada and the Creoles and Scottish-Americans from early south-east United States - her music is truly as mixed as she is herself.
In 2016, McKenzie released her first Album “Miracle Man” and thus kick started the career she had been working for. In 2017, she was nominated as one of the Top 3 of the “Best Singer Songwriter” category by Montreux Jazz Festival’s Foundation. She won a concert and played on the Outdoor Main Stage. Following this, Akina then went on her first European Tour in 2018. By this point she had built momentum in her career, a spark. She then started a fire with this spark by starting off 2019 with an Italy Tour – traveling by train. With all tours and concerts, she has played 50 concerts last year.

Now she’s even been back to the States beginning of this year - been to the crossroads, played gigs in Memphis (TN), Clarksdale (MS) and Ukiah (CA) and has come back home to Switzerland to release her second album “The Black Phoenix”.
“The Black Phoenix” is a concept album. It’s about hope and rising from the ashes when all seems forsaken - about the light you hold onto in the dark.

Never let go of that light.

Registered since over 12 years
Last login on 2 October 2020