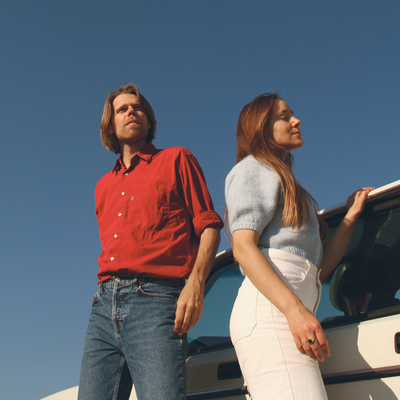 Pop, Zürich – After some turbulences and at least one metamorphosis, Alas The Sun are finally back, stronger than ever with a new front woman and a new record.... Read Biography

After some turbulences and at least one metamorphosis, Alas The Sun are finally back, stronger than ever with a new front woman and a new record. Nuria Thie joined the group in February 2021, completing the line-up alongside founding member Sandro Raschle.

When the band released their debut album "You And Your Love" in the autumn of 2019, all seemed right with the world. Melodies were sweet, the acoustic guitar was always at hand and they held a strong desire to play in front of a live audience. The first single "Absence Of Time" promptly made it into the daily rotation of SRF3, Couleur3, Rete Tre and Radio Rumantsch. Positive reviews (RCKSTR, Artnoir) followed and the inclusion in the list of "The 10 best Swiss albums of 2019" by SRF Virus was the icing on the cake. The band was on a roll. Small and big dreams were all coming true until the first lockdown forced a halt. Difficult months followed. Personal crises and differences that were ultimately insurmountable led to the departure of founding member and singer Anja Tremp.

But past the turbulence, a new chapter has begun with Thie. The line-up change not only brought a different voice, it provided the duo with a chance to further develop Alas The Sun’s sound. These fresh soundscapes can be heard on the band's upcoming album «Wild Honey Inn», to be released on May 6th 2022.

Thie and Raschle only met for the first time in the studio while the album was being recorded. They were put in touch by Piet Alder, founder of Taxi Gauche Records. Thie remembers: “Piet and I met on a flight to New York. He was the pilot and I was working as a flight attendant. Piet told me that Sandro had already started recording a new album but was missing a female voice for the project. A few weeks later I was in the studio meeting Sandro in person. From then on, everything happened quite quickly.”

The new record «Wild Honey Inn» has its roots in 15 demos Raschle composed in his bedroom during the turmoil of the previous lockdown-plagued year. Despite the gloomy mood that prevailed, a sense of lightness shimmers through the new songs. Thie composed the vocal arrangements and harmonies with great sensibility and refined the vocal melodies together with Raschle.

Back in the studio, the main focus lay on realising the right sound for each individual instrument. With a lot of patience and eagerness to experiment, the duo devoted themselves to effect pedals, bulky synthesizers, old Rhodes pianos and snare drum patterns. What results is an original, vital sound, much more versatile and dynamic than the one before.

With influences ranging from Beach House and Shout Out Louds to younger artists like Faye Webster and Andy Shauf, the band’s sophomore record melds the best elements of songs that have inspired them with the duo’s own touch to create an elegantly structured cultured piece of work.

Registered since over 3 years
Last login on 6 May 2022