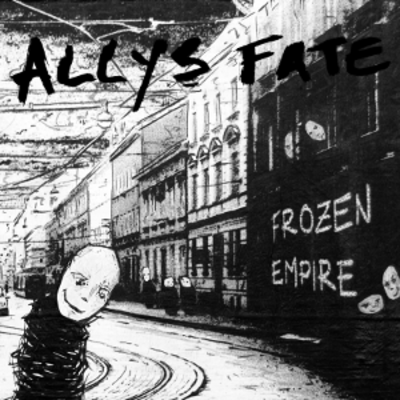 PUNK IS DEAD – LONG LIVE THE PUNK
LONG LIVE THE PUNK This is the first thought popping up while listening to the sound of ALLYS FATE. Even though it’s punk, there’s a whole lot more to it. Five guys who used to play in three different bands got together and created their own specific style, somewhere between punkrock and hardcore but always straight to the point.

THE STORY OF A YOUNG BAND During the short period of existence since their genuine in 2010, ALLYS FATE managed to record a demo tape as well as their first CD “NOTHING ELSE” and succeeded in playing a remarkable amount of concerts in Switzerland as well as in foreign countries.
No warm up time was given to the young band. At their first concert already showed up 500 guys. The thing that makes ALLYS FATE this intoxicating is not only the fact that the guys really know how to play their instruments and their own unique style of Punkrock bears a lot of diversification.
If you really want to know what ALLYS FATE is all about you have to get the full live show experience, because the real magic is happening on the stage! There are no standard song introductions, no goofy dance moves and no helpless attempts to motivate a bored crowd. Instead ALLYS FATE provides an authentic punk show full of power and energy with catchy melodies, heavy guitar riffs and an unforgettable lead voice. ALLYS FATE - Three bands, five hearts, one soul and one goal.

NOTHING ELSE is the name of the debut album, which was produced in summer 2013 at the Fascination Street Recording Studios in Sweden. In cooperation with Johan Örnborg who already worked with well known bands like Amon Amarth, Opeth and Soilwork, ALLYS FATE recorded an LP which contains the bands twelve strongest songs. After the album release the goal is set and clear - To go out there and reach out for stars.

Registered since over 9 years
Last login on 25 January 2019