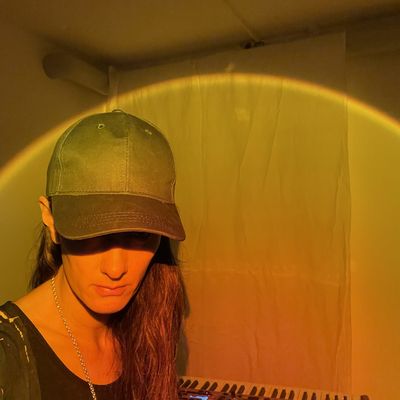 Electronica, Pop, Tri..., Zürich – Alma Jar is a musician, composer and producer with Swiss and Asian roots. She lives and works in Zurich, Switzerland. Alma Jar grew up in... Read Biography

Alma Jar is a musician, composer and producer with Swiss and Asian roots. She lives and works in Zurich, Switzerland.

Alma Jar grew up in Lucerne as the daughter of a Swiss father and a Vietnamese-Chinese mother among the sounds of Jimmy Hendrix, the Doors, South American rhythms and Chinese folk songs. Classical piano lessons were soon overruled by training in jazz singing and piano, and hip-hop, trip-hop and rock expanded her musical repertoire.
Various band formations followed, with which she tried out different musical genres. In her hometown of Lucerne, she made her first performance experiences in the alternative rock scene and during her stays abroad, she performed in the most diverse parts of the world: She toured bars and clubs in Martinique with a French-language chanson repertoire, in Vienna she took part in live improv sessions in clubs and in Beijing she teams up with Chinese musicians and plays jazz standards.

Her music fuses electronic and acoustic elements and is characterised by pulsating beats, strong bass lines and melancholic melodies. The musician is inspired by electronica, trip-hop and jazz.

"In the making of a song, it feels like capturing the state of your soul, capturing it in a container so to speak - Alma (in a) Jar."

Registered since about 1 year
Last login on 28 October 2022