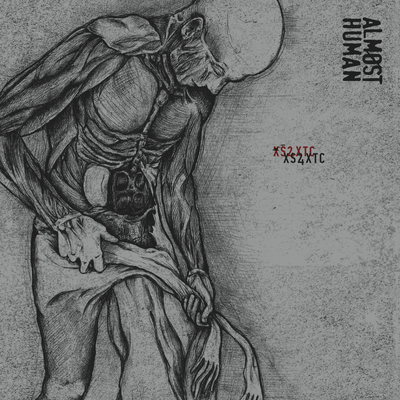 Death, Hybrid, Ambian..., Vaud – ALMØST HUMAN IS A SWISS METAL BAND, BUT IT IS ALSO A UNIVERSE AN ORCHESTRATION OF THE LIFE AND DEATH'S CYCLE WHICH FINDS AN ECHO EVEN IN ITS OWN... Read Biography

ALMØST HUMAN IS A SWISS METAL BAND, BUT IT IS ALSO A UNIVERSE
AN ORCHESTRATION OF THE LIFE AND DEATH'S CYCLE WHICH FINDS AN ECHO EVEN IN ITS OWN BIOGRAPHY

Almøst Human focuses in on the melodies and emotions in their songs, mixing the technical elements of extreme metal with the energy of rock music.

Founded on impulse in the 90’s by Olivier Perdrizat (guitar) and Rosario Fullone (drums), Almøst Human slowly died out before being reborn from their ashes in 2008 when Jan Peyer (bass) joined the group. A second guitarist, Chris Matthey, and singer Ben Plüss completed the line-up and allowed the group to find their signature sound.

Almøst Human’s music mixes introspection with rage, brute strength and solace. Playing up to and with the cliched ideas associated with metal music, the band ponders human nature and the place that humanity holds in the world.

Almøst Human’s first EP was self-produced "Ø" which also made it possible for them to play at the Silence festival in Nepal, alongside Textures (NL). Another door was opened when the EP made possible a collaboration with the 120 secondes comedians, Vincent Kucholl and Vincent Veillon. Playing a role as composers and producers for the metal parody band "Black Lion Genocide" allowed the five musicians to become a part of the Paléo Festival (CH) in 2015 .

Aſter recording and producing the first album “XS2XTC" at Royal Studio in Lausanne (CH), Chris Matthey (guitar) quietly leſt the band. He still plays the part of producer but was replaced on stage by Gilles Bonzon in 2017. The album was released in January 2019 with financial aid from the city of Yverdon-les- Bains and is distributed by Fastball Music (DE), via SOULFOOD (EU), ROCK INC. (BENELUX) and Nonstop Music (CH).

During Spring 2019, Sara Borel replaced Jan Peyer on bass. The same year, Almøst Human played a dozen concerts and most notably won the Greenfield Festival (CH) band contest. Their victory meant that they could play at the most important rock and metal music festival in Switzerland alongside Slipknot (USA) and Lamb of God (USA) in June.

Opening for international bands such as Bloodred Hourglass (FIN) or Ultra Vomit (FR), Almøst Human was selected as a finalist for the Swiss Metal Battle in early 2020. A first-place win means playing on one of the mythical stages of the Wacken Open Air festival (DE) in 2021!