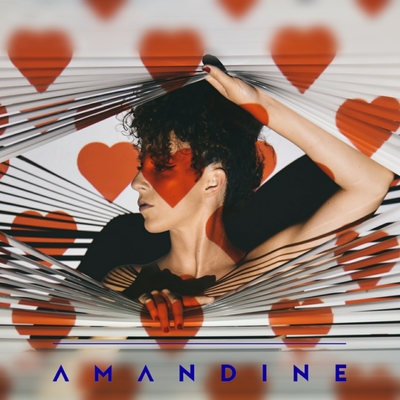 Pop, Vaud – Amandine’s love for singing started when she was a child. She then had the chance to be a part of the Little Dreams Foundation (Phil Collins) for... Read Biography

Amandine’s love for singing started when she was a child. She then had the chance to be a part of the Little Dreams Foundation (Phil Collins) for two years. Starting performing on stage gave her the desire to make music a big part of her life. To do so, she went to London to get the professional music education she needed.

While in London, she started composing and recording songs. After she came back in Switzerland, she managed to reach the semi-finals on The Voice France in 2016. This experience gave her the idea of crowdfunding her career, which help her release her first EP in 2016 influenced mainly by disco and pop music. Then, she decided to finish her studies and went back to university to get her Master in Teaching.

This year, she returns with new songs inspired by all her past experiences. Her sound is now different: the pop culture took a bigger part in her writing even though she kept a hint of the other styles she’s surrounded by. With a music sometimes fresh and happy, other times sad and gloomy, she is always ready to give her heart to you while performing on stage.

Registered since about 7 years
Last login on 9 July 2021