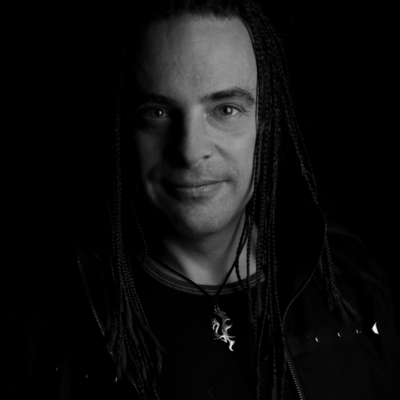 Singer Songwriter Pop, Basel-Landschaft – I was born in Basel, Switzerland, as the oldest of three. Growing up all of us played instruments and we often performed together. Our parents... Read Biography

I was born in Basel, Switzerland, as the oldest of three. Growing up all of us played instruments and we often performed together. Our parents exposed us to classical as well as modern music and encouraged us to pursue it either as a hobby or professionally. My dad (piano) and I (violin) often jammed, playing standards up and down.
Soon I joined my first rock band as a singer. I really enjoyed playing music with a whole group and so from that point on I was always involved in one or another band, singing and playing keys. I gained valuable experience as a performer.
Writing and co-writing got me the job as a jingle writer for local radio stations (Radio Raurach, Edelweiss, and Basilisk). Later that led to writing jobs for theater and the decision to pursue music professionally. I got my musical education from the Musik-Akademie Basel, the Swiss Jazz School in Bern and Berklee College of Music in Boston MA.
My Instruments are: Voice, Piano, and Guitar. After graduating Berklee College of Music in 1999 I worked as a freelance musician (mostly making pizzas at first) out of Boston. I recorded the album “True Illusions” with my band Devas and a few other projects, played the Boston and New York scenes, and toured with an Improv Theater Company throughout Massachusetts. In 2003 I moved to Los Angeles and fell immediately in love with southern California. I started as an assistant to a Film Composer, Lawrence Shragge, worked my way through Guitar Center and taught privately as well as for several music schools.

In December 2008 I got signed to a major label and dropped in January 2009, due to the world wide economic crisis .

Besides Performing solo I am the founder and singer/keyboardist of the progressive rock band Devas. To Perform is my absolute biggest passion. I love the conversation with the audience when expressing myself on stage; and the size of the venue does not matter: Whether it is the Boston Music Awards, the Genghis Cohen in LA, or a small café in Paris, to converse musically with my audience is always and all ways a bliss.

Writing is my passion number two. I explore many musical styles, but my favorites are the genres of Pop, Rock, Jazz, and Film. An early and long influence in my writing are the Beatles, Freddy Mercury, and James Taylor. It is the story behind every song that fascinates me. I deeply believe that the first cave man who picked up a stick and banged it against a hollow trunk had but one message to convey, one story to tell: “I am having fun!” It’s called “playing” music and the word play implies having fun. The stories have become more elaborate since, like life too, but it’s that story that makes the difference in any song. And it’s that story that makes me want to write and sing a song.

Teaching is my third passion. Giving back as a Thank You to what I have received during my life, is the big motivation behind it. What goes around comes around. I deem music to be the most important teacher of life, for myself and for all of humanity. Teaching is the one obligation that we all have towards our next generations. Teaching the “savoir vivre” is what has driven human evolution ever since we appeared on this planet and it is our duty to pass it on, as we have received it.

Registered since over 7 years
Last login on 3 September 2019