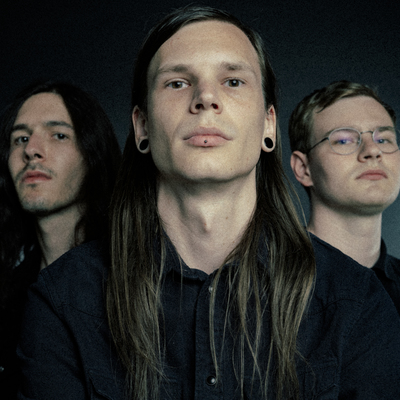 Punk, Grunge, Post-Punk, Zürich – With ANGER MGMT. Switzerland has a new rock trio. As the name suggests: Music is used as an outlet to transform anger into something creative, into... Read Biography

With ANGER MGMT. Switzerland has a new rock trio. As the name suggests: Music is used as an outlet to transform anger into something creative, into songs full of energy. The songs of ANGER MGMT. address anxiety, love and depression in an authentic way, with a mixture of post-punk, alternative rock and grunge, trying to roar the world healthy. Singer Nik Petronijevic has suffered from an anxiety disorder and depression since childhood and destigmatizes as a Mental Health activist on radios, TV, interviews, podcasts and on stage.

The three members of the band are truly no strangers to the local rock scene. Nik Petronijevic (Useless), Simon Hirzel (The Shattered Mind Machine) and Daniele Brumana (Megaton Sword). They played their very first concert at the Winterthur Musikfestwochen Festival. They played there with other great bands like My Ugly Clementine and /A\ (The Young Gods & Emilie Zoe), it was sold out with almost 1000 visitors.
On January 21, 2022 their first single "This is It" was released and played several times in the rock special on SRF3 and other radios. Their song landed on the official Rock Rotation Spotify playlist and continues to generate streams diligently.On February 25, her second single "Fake Manhood" will be released, along with a video.

The singer has suffered from an anxiety disorder since childhood and wrote the lyrics to "This is It" several years ago when he was at the lowest point of his life. Mental health is a social issue and can no longer be kept quiet. It affects almost all of us and therefore we should talk about it. Seek help if you don't know what to do.