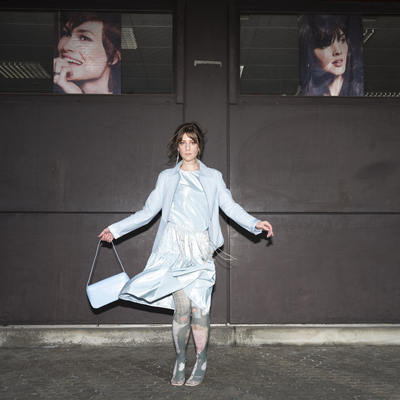 Pop, Basel-Stadt – Anna's new album “Pallas Dreams” leads us into the heart of the city of Manila, where Anna spent parts of her childhood with her family. Over a sea... Read Biography

Anna's new album “Pallas Dreams” leads us into the heart of the city of Manila, where Anna spent parts of her childhood with her family. Over a sea of dancing arpeggiators, shimmery bells and playfully hectic percussion, “Moskito” paints a picture of “Smokey Mountain”, one of the most devastated slum areas in the city; of the haze rising from burning waste, of dirty fingernails, heat and rashes, of fish laid out to dry in the sun and of course: mosquitoes. Particularly considering the fact that the air was so polluted it made the sky appear cloudy at all times, a certain phrase, told to her by a stranger, resonated even more memorably within the mind of young girl: “when the sun dances in the sky, Mary cries blood.”
Anna Aaron, recalling these images twenty-five years later, returns to this phrase and after some research discovers that the saying has its origin in the story of an apparition of the Virgin Mary in Portugal in the year 1917, where a group of shepherd children reported the prophecy of a miracle. What later came to be known as “the miracle of the sun” included thousands of people rallying together and indeed observing the sun performing zig-zag motions in the sky: a folk-tale of resistance from a period where religion was marginalized in Portugal. The memory not only proves itself right but opens the door to a whole new string of images. “I took a deep breath” the song continues: the personal atmosphere of the ambiguous memories is imbued with new life.

Quote Anna Aaron:
“The song is like a dream to me because it is inspired by the country as I remember it rather than by the actual place; which means it makes a detour through the zone of the imagination before it arrives in the world. I wanted to pull the images up from my subconscious and integrate them into my waking life in order to make a complete person out of myself.”