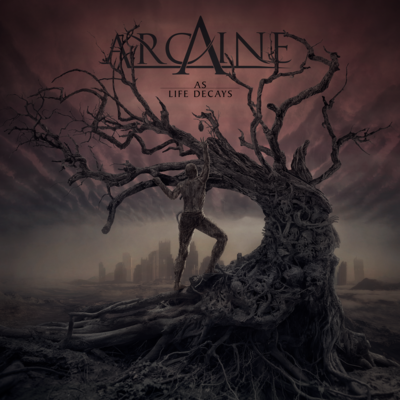 Technical Death Metal, Graubünden – Arcaine is a young Swiss band, which is staffed with five experienced musicians. All members have played in other bands and played several live... Read Biography

Arcaine is a young Swiss band, which is staffed with five experienced musicians. All members have played in other bands and played several live concerts. The band was founded in 2015 in Chur, Switzerland.

Arcaine always tries to create and keep charakteristic elements for their own musical art.

Among other things, the band got the opportunity international stars such as “Six feet Under”, a well-known metal band from the United States of America, or to support the folk metal giants “Arkona” as a support band. Also for open airs, the band is often requested, as they have earned a good name in Switzerland. The live performance along with its precision keeps attracting musically-educated musicians.

In 2015, the band recorded an EP in-house and made it available for download free of charge. The Year 2020 ist the year which Arcaine released their Debut Album "As life Decays". Available on almost every streaming platform.

Although the band can be assigned to the death metal genre, it impresses with their musical autonomy and their fresh that are nowhere to be heard. So Arcaine has developed from a simple amateur band to a convincing live band that does not have to hide from their role models.

The clearly defined goal of the band is to play on the big stages of the world in the future. For a considerable amount of time is operated. The path definitely leads steeply uphill for the Churians – and sooner or later there will be no way around the Swiss metal scene!

Registered since about 5 years
Last login on 18 February 2020