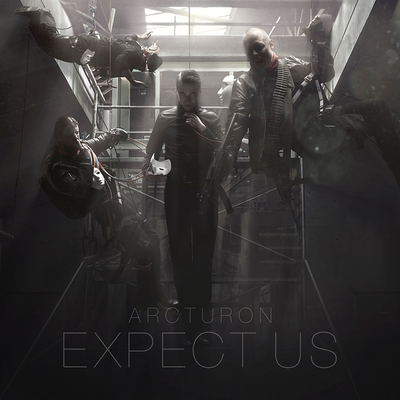 ARCTURON stands for modern melodic death metal from Switzerland. The band was founded some ten years ago by the 14 year-old youngsters Florian Moritz (guitar) and Samuel Fischer (drums). The demo “Breaking Walls” in 2007 brought a lot of attention to the young band and earned them support slots for giants on the scene like Six Feet Under, Nile, Finntroll and Belphegor.
The debut album “The Eight Thorns Conflict” was recorded at legendary Abyss-Studios in Sweden, produced by Jonas Kjellgren (Hypocrisy, Scar Symmetry, Sonic Syndicate) and released in 2010, followed by a Europe Tour with Rotting Christ and Omnium Ga- therum. The second full-length album „An Old Storm Brewing“ was also hammered in at Abyss-Studios under the direction of Jonas Kjellgren and released through SCR in 2013.
In 2014 ARCTURON not only celebrated its 10-year anniversary but also returned on stage with a declaration of war! The new EP “Expect Us” was released on October 24 and outshines all previous efforts. Being recorded in Swedish Fascinationstreet Studios and produced by Johan Örnborg (Arch Enemy, Soilwork, Amon Amarth, etc.) the record shows the impressive potential of the four Swiss.
Brilliant guitar riffs, striking melodies and the characteristic wrecking ball feel of the band show that there are no limits in metal music. Furthermore, the quartet lets flow in their work what many victims of their own routine have come to lack over the years: pure, adrenaline-charged passion.