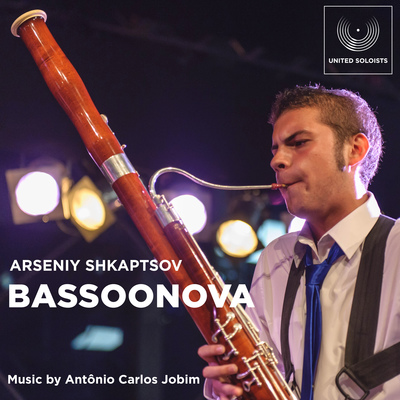 Jazz, Ticino – Arseniy Shkaptsov is a bassoonist and conductor. He is involved in both jazz and classical music and aims to strengthen diversity and bring... Read Biography

Arseniy Shkaptsov is a bassoonist and conductor. He is involved in both jazz and classical music and aims to strengthen diversity and bring together cultures and traditions through music. Arseniy graduated in Moscow (Central Music School by P. Tchaikovsky) and in 2011 he came to Switzerland to complete his studies in Lugano as a bassoonist and in Zurich as a conductor. After winning a "Concertino Praha" competition Arseniy has an active concert life in Europe and participates on the numerous classical music festivals such as “Usedom Music Festival”, “Schleswig-Holstein”, “Beethovenfest”, “Rheingau musik festival” “Sommerfest Bad Kissingen” etc. He is a called bassoonist in various orchestras such as "Orchestra della Svizzera italiana", "Basler Festival Orchestra", "Baltic Sea Philharmonic", "Kammerphilharmonie Graubuenden" and others. He has collaborated with great musicians such as Kurt Masur, Kristian Jarvi, Mikhail Pletnev, Ennio Morricone, Daniel Schnyder and Mario Venzago. As a conductor Arseniy has conducted: “Oryol Govern Symphony Orchestra” (Russia), Ruse Philharmonic (Bulgaria), “Teatro Cantu”(Italy), Baltic Sea Philharmonic (Germany). Arseniy is also active in a jazz music. In 2018 he released the "Canon" album with the band "The sharp Shock" and his debut album "Bassoonova" with music of Jobim which has been immediately on charts of ITunes as a Best Jazz Album in Finland and South Africa.

Registered since about 6 years
Last login on 11 April 2020