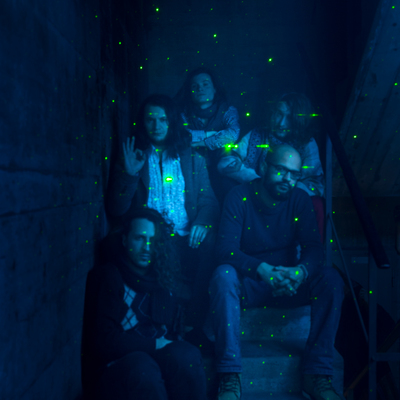 Rock, Bern – In this day and age simplicity seems to be the way to go for most people Short band names seem to be the norm for a culture that has their... Read Biography

Short band names seem to be the norm for a culture that has their distracted little noses stuck into a smart phone. Well, not in the case for Artlu Bubble & The Dead Animal Gang. This five-piece combo found it's better to come up with a band name you'll be sure to forget. But once you've heard this band's songs you won't be struggling to remember the name, in fact, you'll be rushing off to the nearest tattoo parlor to carve their name across your chest.

The band calls their sound Kitchen-Folk?, and rightfully so. Like The Rolling Stones, they began writing most of their material while being cooped up in the depths of their own scuzzy kitchen. Artlu Bubble & The Dead Animal Gang combine their modern-day songwriting craft with the Top 10 'hit-song' sensibilities of mid-60's garage bands mixed with the whimsical harmonic mastery of acoustic folk music legends of the 60's and 70's. Their unique sound have lead them into concerts from the tiniest of bar-room stages to the largest of festival engagements around Switzerland. In the Summer of 2013, the band arranged Californian producer, Robert J. Butler, to record at Outside Inside Analog Studio in Italy along side with engineer Matt Bordin. The two extracted the best essence of these youngsters. The results were fantastic and the album was released soon after on Fruit Jelly Records to a sold-out crowd on the 22nd of November in their hometown of Bern.

And as we all witnessed, 2014 was the year the band steam-rolled over Switzerland, playing sold-out performances all over the country, big or small, while building up a solid fan base that would make any band jealous. And now in 2015 the band is prepared for taking over Europe. Their self-titled record will have an international release on 23rd of January, 2015. The boys will embark in February on a three week tour of Austria, Germany and Czech Republic. So lock up your daughters and girlfriends, these Rock & Roll Casanovas will be sure to delight the crowds on and off stage. Be sure to see them before the lines at the tattoo studio get too long.

Registered since about 9 years
Last login on 17 March 2017