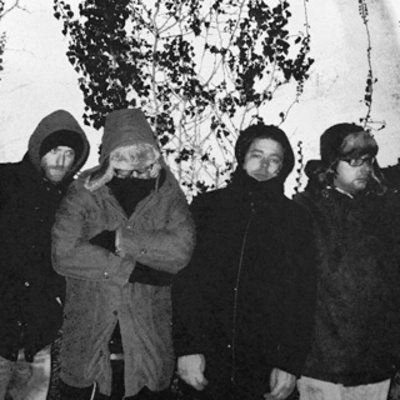 Rock, Vaud – So, this rock and roll thing, ever heard of it? You know, not the Elvis-Paul and John-Bryan Adams trilogy, but more like the Eddie... Read Biography

So, this rock and roll thing, ever heard of it?

You know, not the Elvis-Paul and John-Bryan Adams trilogy, but more like the Eddie Cochran-Lemmy-Josh Homme side of it. Not that one is better than the other, but then again, maybe so...

Take four electro big beat buffoons and make them realise. The year is 2003 and they are sick to the core of pretending to rock out behind a stack of imacs (or ZX Spectrums, whatever was trendy at the time). They need more purity and less control, more bang and less blings, more heart and less soulessness, in four words: They Need To Rock.

Naive need indeed, they were in one of Switzerland’s biggest and most acclaimed electro band, the Pussy Galore Flying Circus, the world was at their feet, money, girls and class A drugs were flowing and everywhere they went, the press, the industry and the public were bowing humbly before their PC powered genius. And were they satisfied? I ask again: WERE THEY SATISFIED?

No siree, they were not. In fact they wanted less (as in the “less is more” saying). So they left the fake plastic dreams of fame and fortune to plunge head first into the muddy banks of whiskey, cheap beer and the demon’s own music (drumroll): kickass-straight-to-the-bone-orgasmic ROCK AND ROLL!

I know, I know, you are now thinking of that guy from the Prodigy’s solo record, the one he did with the ex-Sex Pistol, right? And you’re thinking this has gone too far, keep rock and roll for the rock and rollers, right? Wrong. Take one listen, my friend. Or a hundred, whatever.

Once you’ve gone past the Sonic Youthesque mess of an intro, you’ll be jumping for joy, head stuck in the ceiling, arms flapping like a mad duck caught in the crossfire of a Happy Hunter On Opening Day convention. You will have been ..rtonwalled to the core, you’ll be begging for more, you’ll come back over and over again to one of the year’s best swiss rock records! I swear you will!

Oh, and their name is a clever allusion to Ayrton Senna and his close encounter with The Wall. And they cover Bronski Beat. Yep, these guys just can’t go wrong...

Registered since over 13 years
Last login on 25 January 2013