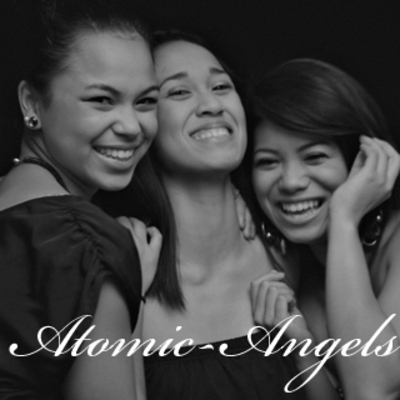 Atomic-Angels – The young Pop Groupe from Bern, Switzerland. Since 2003.

The Atomic Angels are a young Pop Group from Bern, Switzerland. Michelle, Martina and Francesca have been performing since they were eight years old at various events and singing contests. At ten years of age, they have been supporting an adult band on a CD Production. In 2009, the three Angels participated at the Swiss Prix Walo Contest which is for young talented artists in Switzerland. In that same year, they also attended a large Contest in Germany and had an interview on the Germany TV Sender RTL. In spring 2010 the Atomic Angels recorded their first single entitled SAVIOUR. During summer 2010 the song SAVIOUR was to listen on DRS3. Now the new Song STOP CALLING is finish. With the new Song the Band also did a Music Video Clip. The Goals for 2011 are; creating an Album, composing a Song for the Swiss Eurovision 2012 selection and doing a new Music Video Clip.

Registered since over 10 years
Last login on 3 December 2011