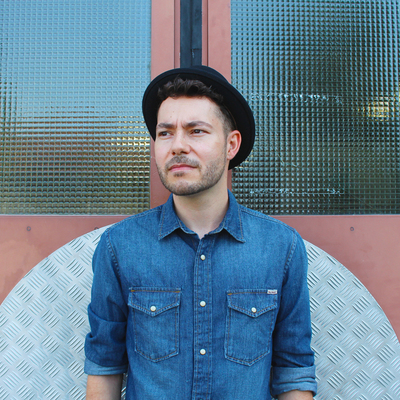 Electro, Bern – Audiokern, aka Alain Zumbühl, born February 9, 1984 in Switzerland, is an electronic music artist. In his early teens, he became interested in... Read Biography

Audiokern, aka Alain Zumbühl, born February 9, 1984 in Switzerland, is an electronic music artist.
In his early teens, he became interested in playing the guitar and attended lessons to start learning how to play. At the age of 14, he began to admire how DJ's used vinyl records in their sets. Immediately, his curiosity for this form of musical expression developed. In the 90's, techno was in high demand, even in the small province of Thun, where Alain grew up. Characterized by the location and the environment, his budding DJ career was mainly established in underground clubs and in the former Selve area, which was an integral part of the Swiss club scene at the time.

After several years as an active DJ, Alain also began to further develop his style and explored new genres, including more hip hop records in his sets, which lead to him gain new audiences. At that time hip hop was also very popular in Thun and was well received in the city of almost 44,000 inhabitants. At age 22, he came up with the idea of producing his own songs and marketing them internationally. Unfortunately, there were only a handful of people around him who shared the same interest, so he had to do so on his own and still focused mainly on creating music. With basic equipment he made initial inroads into all sorts of genres, but quickly realized that electronic music was his main focus and passion, as it gave him enough freedom to develop his artistry. In 2012 Alain Zumbühl founded his own label Klangkeller Records, through which he regularly publishes his productions, mainly in vinyl format.