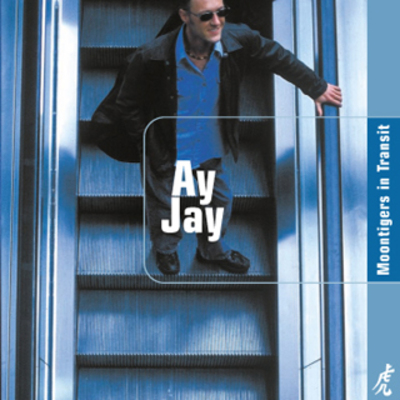 Rock, Zürich – Rock'n'Roll never dies In Summer 2002 AyJay, a born South African (1974) and carrier of Scottish and Swiss blood, got together with the... Read Biography

In Summer 2002 AyJay, a born South African (1974) and carrier of Scottish and Swiss blood, got together with the producers Ephrem Luechinger and Manuel Rindlisbacher and created the album "Moontigers in Transit". Powerful, cheeky, with catchy tunes.
AyJay decided to do "the lot" himself. He also decided on one more thing; to do it differently to that which he learned in the late 90s, as an employee of a couple of record companies. His single "The Bird", an impressive and catchy mid-tempo-song, was sent to the swiss radios in November 2002. At the same time he distributed another song - "Sunflower Baby" - to a selection of clubs. It's a fast, cheeky song with a barefaced organsound. A video was produced for this song - not with lots of money, but with lots of humour instead.

In order to create space for further studies and other projects AyJay has put his music to rest for a while...
But he'll definitely be back and when the time is right, more music will follow!
Rock'n'Roll never dies...

p.s. Many thanks to Couleur3 (the best radio station in Switzerland) for the massive airplay support!