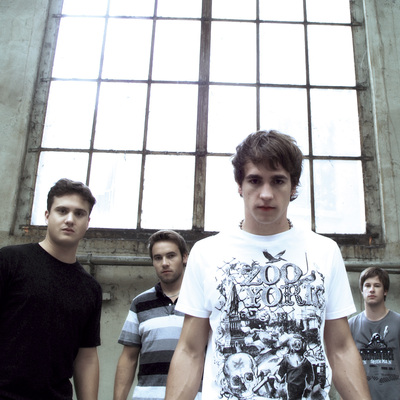 Rock, Zürich – Life at supersonic speed «we speed up to supersonic» – with his expressive lyrics singer Adrian puts the present attitude towards life into words.... Read Biography

«we speed up to supersonic» – with his expressive lyrics singer Adrian puts the present attitude towards life into words. Backslash sing of the stress and coldness in the age of «web 2.0», of loneliness, hope, love and yearning. Backslash express what the young generation feels.

After the fruitful collaboration with hit producer Roman Camenzind («Sing this Song») Backlsash were searching for, and found, their own unique sound together with producer Daniel Theis:

The album «Leaving Everything Behind» celebrates pop, rock and american-style guitar sound. Wide guitar-riffs meet catchy choruses to sing along to.

A fresh and interesting album of the Zürich based band, which more than confirms their status as one of the most promising young Swiss Bands at the moment.

Backslash play music for a young mainstream audience but come across very mature at the same time. Their album sounds sophisticated and international.

Backslash are from Illnau-Effretikon (ZH) and are playing together since the year 2000. backslashmusic.ch