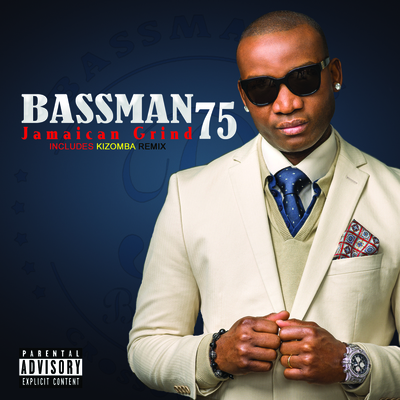 Bassman75 is known for his energetic shows, club mcing and rapping on electro beats. But now he's going from high bpm's tracks to a layback club banger hip-hop beat and vocals with reggae melody.

Do the above reviews from bible of Hip-hop Magazines impress you? No? Well noted, what if I tell you that he lived in four different countries, going from Africa to the US and from the US to Europe, are you still not impressed? He speaks six different languages and rap fluently in four, are you impressed now? Nop!! Ok, what if I tell you that he worked at Bvlgari, an Italian jewelry and luxury goods brand member of LVMH Group (Moët Hennessy - Louis Vuitton). Are you impressed now? I think you should.
With a 1’000 download in a week time at Digiwaxx platform he was the week top ranking plus four stars ratings by US New Music Weekly NMW/STS, FMQB, Billboard/R&R, Music Row and CMJ, Bassman75 new EP has what it takes to begin 2015 in a good note. The lead single entitled "Jamaican Grind" is a certified club banger with the potential to do extremely well not only in UK and North America but across the world.