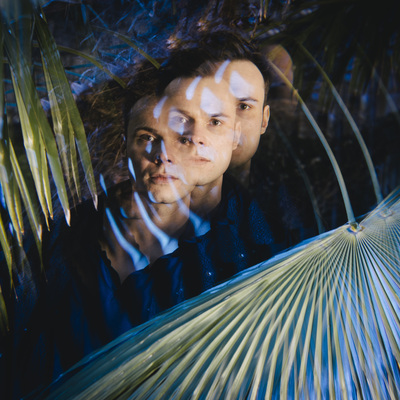 Swiss producer, composer and multi-instrumentalist Noti shares take 01, his first solo album. The nationally renowned live and session musician’s full-length debut is a “lockdown baby”, according to the artist: as so many of his peers during the pandemic, when concerts and production sessions ground to a halt the world over, Noti found himself in a sudden vaccuum - with a lot of unexpected time on his hands. Rather than dwell on the status quo, however, the compulsively prolific artist seized the opportunity to embark on a frantically paced creative marathon, as evidenced by his recent, back-to-back releases of the EP “easing” and the latest 3 Steff la Cheffe Singles. The lessons learned, the craft honed in on during this time of creative outpouring - it all culminates in Noti’s upcomjng debut album, a collection of 11 original compositions, each a compelling testimony to the resilience and growing maturity of the artist in the face of formidable challenges. Eclectic yet coherent - a reflection of Noti’s technical prowess and musical versatility – take 01 pulsates to the beats of analoge samples complemented by warm synth pads and soothing piano textures. Noti’s signature playing style on both the acoustic and electric guitars unifies his new release as an irresistible common thread throughout. Exquisite musical guests and collaborators variously add luscious backing vocals (as provided by the Swiss-American singer Annie Goodchild), unexpected textures (courtesy of the Basel Symphony Orchestra’s master trombone player Domenico Catalano) and seductively melodic basslines contributed by Basel’s very own Georg Dillier (Anna Rossinelli Band). The many highlights on “take 01” include album single blossom, a soulful journey from jazz-tinged first act to a climactic coda worthy of the big screen; the ballad hooked, featuring Swiss-Brazilian vocalist and Swiss Music Award-winner Caroline Alves; the Trip Hop-inspired letters from nowhere, a broody reverie sung by Sam Himself and Anna Rossinelli (the latter also lends her voice to album track dante). During the album’s brief intro and outro, Noti even manages to pay homage to seminal composer Villa Lobos. Yet for all its forays into seemingly disparate musical teritories, take 01 remains cohesive throughout. By turns melancholy, playful or highly progressive, Noti’s debut album achieves that magical feat for which all music-makers ultimately strive: it moves the listener - to tears, to dance, and eventually back to the record player to rewind. And for the stubborn skeptics who still need persuading, UK post-Trip Hop legends Morcheeba have already given take 01 their stamp of approval!

Registered since almost 2 years
Last login on 18 May 2022