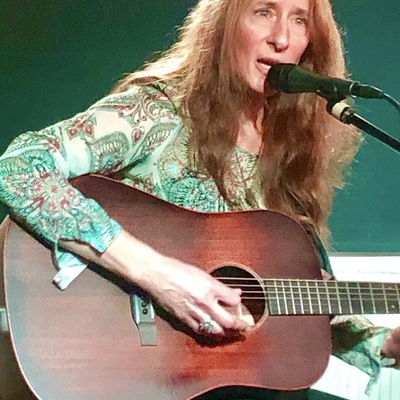 While touring to support her “Bookmark” release, Wimmer landed a Montreux Jazz Festival slot with her band at 8PM on Americana Night, in July 2018. A solo appearance in the prestigious Summerblues Basel followed the next summer.
During the most recent swiss tour with Mojo Monkeys, in 2019, again Beth recorded with the mojo men in Little Big Beat Studios, and her fifth album, “Chemical Reaction”, was created. Released in 2020, but with a stunted promotion-run due to the Pandemic, plus some personal challenges for Wimmer, Beth says of Chemical Reaction, “This is an important and very personal collection of songs for me, about deep and physical connections, love and chemistry, everlasting interpersonal relationships, the inhumanity of humans... and the question of what will happen to me after i die.”
Again Billy Watts, guitarist from Mojo Monkeys, co-produced Wimmer’s “Chemical Reaction”, and this time with a Grammy-nomination for his blues guitar-work in his pocket. Watts leads the band through a variety of grooves and styles on this album, though all are welcomed under the umbrella of Americana-roots music. Watts says, of Chemical Reaction, “Beth has once again written wonderful songs, with themes that touch the hearts of us all.”
The album’s second track, “Better Than You Think”, finished in Glasgow’s Radio Six International’s Top Twenty Songs of 2020.
On looking forward into 2021, Wimmer says, “I’m inspired by how supportive my friends, fans and family have been during this time—to one another and to me. I’m so grateful for people’s stories, their interactions with me, and the images and words which spark my songs. I’m so thankful for music and the permanent connection it makes among souls—that does keep me going. I think we’re all ready to get out and live again… I am greatly looking forward to a safe world for being with friends again, family, and audiences… and performing live! Gotta stay optimistic. Soon we can reunite, and laugh and rejoice, and play on, and on and on!”
Beth Wimmer’s songs have been chosen for onboard entertainment on Lufthansa airplanes, have been placed in films, and are aired on dozens of radio stations in Europe. ‘Switzerland’s Americana Songstress’ continues to run her own new record label, bookmark music, from her countryside tree-house in east Switzerland with three cats in the yard, and she plans for human togetherness and music in everyone’s near future.

Registered since over 10 years
Last login on 9 February 2022