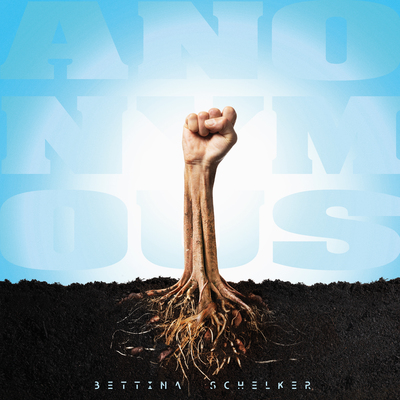 Bettina Schelker has a successful and intricate history in music, sports and political activism. The Swiss crooner, began performing at the age of 15. Now, not only is she the current Swiss Boxing Champion, but has had the opportunity to tour with world known bands, to have a great deal of success as a label founder, founder of a private music and sports school, recording artist, songwriter, musician, and civil rights activist.

In her career, she has played solo as well as with many bands and was cast as the lead in the biggest musical in the history of Switzerland, Space Dream. She turned down the part to finish her education but continued with her music dream while she studied. Her band Polschtergruppe was signed with Polygram in 1996 and was a favorite among Mundart (Swiss German) fans. The CD Rose was her first mention on the Swiss Charts...but not the last.

Schelker founded her own record label in 1998 entitled foundagirl and ventured into the independent music scene. Bettina Schelker then recorded and produced her first solo album and the first CD under the foundagirl label called Durst. This CD was very well received among the Swiss music fans.

Challenging the boundaries of language, In 2002 Schelker recorded the album Klischee which contained songs in English, German and Swiss German. The CD was awarded CD of the month from German radio station,SWR1. Two songs from this CD, Meinst Du Mich and Angeline, reached the German radio station charts with Angeline reaching as high as number 3. With this success, Schelker saw the opportunity for a breakthrough in the German market and decided to record her next album entirely in German.

The next album that Schelker recorded and produced with the label foundagirl, was Wilkommen. With this CD, she made a connection with Maximum Booking in Germany. This led to booking, distribution and publishing relations with NetMusicZone and Brainstorm Music marketing. For the first time, she was able to tour and perform with a successful and well established team behind her, providing her with the luxury of concentrating on the music.

Schelker has opened for well known bands and artists such as Bob Geldoff, Candy Dulfer, Hansen, Marla Glen Toto, Ru Paul and Peter Frampton and Van Morrison. In 2004, Schelker was invited to tour with English political band Chumbawamba. Schelker was able to join them on two European tours. Chumbawamba, with world hits such as Tubthumping and Time Bomb, were able to give Schelker exposure and attention from many music fans throughout Europe. She has toured with them several times since and has a close friendship as well as working relationship with the band.

During this time, Schelker was fortunate enough to juggle her music career as well as her Boxing rise to fame and international recognition. While still recording, playing and touring, Schelker reached the goal of winning the Swiss National Championship as a middle weight boxer. She was undefeated in Switzerland as well as internationally and currently still holds the Swiss title.

Always eager for a new challenge,she joined a group of ‚all-stars’ from Germany and Switzerland, who collaberated to form Menschenskinder. Among the power players were Peter Freudenthaler, lead singer from Fools Garden; Elli, former German Music Star; and other well known actors and performers. This group worked to raise money for under priveledged children through Saving an Angel Foundation and also had a highlight performance at the Soccer World Championships in Kaiserslauten.

Her tireless work ethic is obvious as Schelker has also recently taken on the world of education. Having had such positive experiences in music and sport and also having previously worked as a primary teacher, Bettina founded a music and sports school in 2007. The school accepts children as young as 2 years old and has made headlines for being the only school in Switzerland where students receive lessons in music and sports each day.

Her current CD, entitled, ‚The Honeymoon is Over, produced and mixed by Boff Whalley and Neil Ferguson of Chumbawamba, is perhaps her biggest leap in terms of production, lyrics and political activism. Her statement is that, although homosexual rights are slowly increasing and developing, there is still a long way to go.

In 2007, she teamed up with American and former professional basketball player,Ina Nicosia on a more personal level, to register their civil partnership in Switzerland. This, connected with her connections to English band Chumbawamba, inspired her to challenge the English speaking music world. The signature song on the album, ‚The Honeymoon is Over’ represents the true story of Schelker and her partner trying to book a honeymoon trip following the registration of their civil partnership. Although there are great leaps toward equality and liberty in Western Europe and North America, she was overwhelmed by the amount of discrimination and hate crimes that still exist in the world. For this and the people who are still suffering discrimination, she wrote the song.