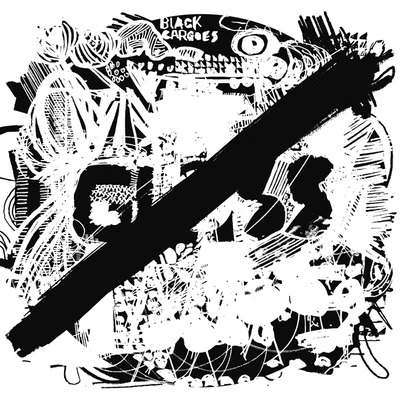 Rock, Fribourg – Black Cargoes was formed in 2004 when brothers Frédéric (aka Toronaut) and Manuel Oberholzer joined forces. With his samples, loops and synthie... Read Biography

Black Cargoes was formed in 2004 when brothers Frédéric (aka Toronaut) and Manuel Oberholzer joined forces. With his samples, loops and synthie contributions, Manuel - better known in the electro scene as Feldermelder (Spezialmaterial Records) – frames the sound of the band. After the release of their debut album Alas (2005, Saïko Records), the Oberholzer brothers were joined by Mario Weiss (Tasteless) on bass and Grégoire Quartier (Cortez / Feat. Jim) on drums. They, too, assure that the Black Cargoes live up to memorable live performances.
After a year’s work on new songs, a second album, GLASS, is soon to be released (September 19, 2008). This full-length strikes the listener with depth, variety and originality: the powerful, emotional voice of Toronaut and a sophisticated combination of modern electronic music with rock elements add up to the dark, atmospheric and unique compositions of the Black Cargoes. A video to the opening track of GLASS, Darkened Floor, will be published along with the release of their new album.