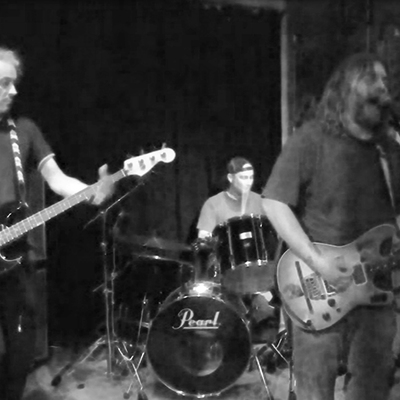 Founded in 2007 by Stefan Fehlmann (bass), Daniel Müller (drums) and Ramon Gonzalez (vocals, guitar), after Ramon moved back to Basel after 11 years in the wilderness.
All band members accumulated a good deal of gig experience in the past.

Essentially focussed on work in the rehersal room and studio, in order to make original music that is different from other stuff that is around. Live gigs are seen as happy and cherished opportunities to spread the chaos outside of the limited confines of the rehersal room
All material is self written, with end products sometimes diverging wildly from the original written song as they are worked and reworked over many months;
usually an effort is made to simplify, minimise and straighten all material

All songs are usually recorded live, but without the vocals, which are added later on. Overdubs are used sparingly and usually consist in doubling up the guitar tracks for additional umph and power.

Registered since over 7 years
Last login on 2 December 2021