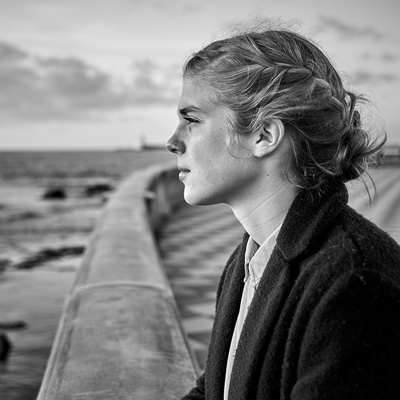 Pop, Basel-Stadt – BLEU ROI’s second long player «Dark/Light», which will be released on the 25th of October 2019, was recorded at the Svenska Grammofonstudion with... Read Biography

BLEU ROI’s second long player «Dark/Light», which will be released on the 25th of October 2019, was recorded at the Svenska Grammofonstudion with producer György Barocsai in Gothenburg, Sweden. The album embodies two sides of the same coin: Happiness - sadness, pleasure - pain, rapture – disillusionment, ups and downs. These feelings and sensations influenced BLEU ROI’s music and lyrics resulting in three «light» and three «dark» songs, which are arranged accordingly. At the beginning of the light side, there is «Darkest Hour», a song the band released in 2018 and symbolizes a flicker of hope after a melancholic beginning.

Influenced by artists such as José Gonzales, London Grammar and Bon Iver, «Dark/Light» once again demonstrates BLEU ROI’s signature sounds: atmospheric, truly immersive dream pop, combined with Singer/Songwriter expression. Jennifer Jans, the composer, text-writer and singer, reflects with sensitivity on different levels of interpersonal relationships, social problems and her own history. The seven songs were carefully written and arranged by the sisters Jennifer and Imogen Jans (keys) as well as the brothers Axel (guitar) and Stefan Rüst (drums).

BLEU ROI started off in 2013 with their EP «Treasures», and have since been on the road, and working on new material. After «Of Inner Cities» (2016), «Dark/Light» is BLEU ROI’s second album. Over the past six years BLEU ROI have played numerous shows and achieved several milestones such as performances at the Reeperbahn Festival in Hamburg, the Im Fluss Festival Basel, as well as concerts in New York City. In early 2017 BLEU ROI played a full headliner tour in Germany.

Registered since about 9 years
Last login on 11 January 2022