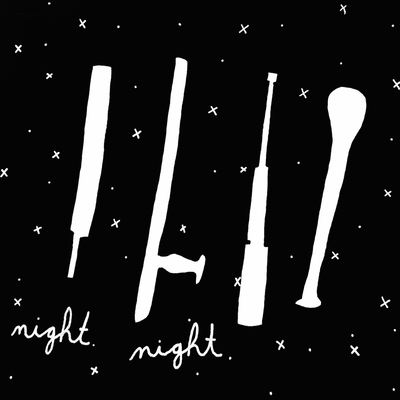 Biography
born. lived. still living.
Description
Reclusive Swiss philosopher, Loic Matter once said: “I am drawn to stillness, solitude, routine, and introspection. If you want to be happy, don’t be like me.” No one has taken that advice more to heart than Tobias Jundt henceforth referred to by his nom-de-rock: Bonaparte. Bonaparte is the opposite of stillness - he is kinetic. Bonaparte is allergic to solitude - he is a leader. The only routine Bonaparte adheres to is having no routines - he is random. Bonaparte wears x-ray intro-spectacles - so he can see into himself and out of himself simultaneously. And, as a result, Bonaparte is happy. Happy to meet you, happy to kiss you, happy to treat you, happy to eat you.

Unlike Loic Matter who hasn’t set foot outside of his mountainside cabin in the past 23 years, Bonaparte’s natural state is movement. His most natural activity while in this state isobservation via interaction. Bonaparte collects languages (both musical and verbal) everywhere he goes - like a kid collects shells at the seashore - excited about each and every new discovery - vibing off of the rubble of the Berlin Wall, the melodious bird songs of New Zealand, the camaraderie of Russian vodka, and the beat-up breakdance cardboard of Brooklyn. By soaking up such a wide array of cultural contexts, Bonaparte has developed effortless knack for code-switching that keeps his music unpredictable and fresh. Even though he sings primarily in English, it often seems as if he is experimenting with his own idiosyncratic dialect - where repetition and wordplay morph meaning into something that is entirely fluid, dynamic, and often times absurdist. Two of Bonaparte’s biggest hits - “Anti-Anti” and “Too Much” - utilize this twist of meaning so effectively that seemingly negative phraseologies become chant-worthy rallying cries. The same kind of magic is worked in “Out of Control,” a stand out track from Bonaparte’s forthcoming release - where there is such a clash of disparate musical and linguistic traditions that the urgency of the message “No Food, No Guns, Control” becomes contagiously universal.

Just as he gathers languages in his constant state of motion, Bonaparte also gathers conspirators, collaborators, fervent followers, and most importantly friends. A gaggle of elaborately costumed dancers decorate his frenetic live show. Videographers emerge from their darkened editing sweets to create stunning Bonaparte videos (like the clip for Into the Wild that beautifully captures a day in the life of a Shanghai street performer and his simian assistant). Engineers and musicians alike are quick to accept invitations to record from this charmingly strange traveler. Such was the case for recording the new self titled Bonaparte album in Brooklyn, NY. After a chance meeting and a few drinks, Bonaparte casually teamed up with Andy Baldwin, to record an entire album - featuring drumming by Philadelphia native Christopher Powell, and even a cameo from Brooklyn rapper/artist Tim Fite. If you listen very carefully, between the notes of the songs, you can hear the sound distance traveled and life long friendships being formed.

As an experiment, I sent a copy of the new Bonaparte album to Loic Matter, just to see what he might say about it. Surprisingly he responded thusly: “I knew Tobias Jundt who you are calling Bonaparte, when he was just a boy. His family stayed at Troemli - just down the road from me. He knocked on my door one day, and asked me if I had any cheese. He was a rather odd creature, but we shared an affinity for Gruyere. It pleases me to hear that he has not stopped searching for cheese.”

BONAPARTE is the berlin based brainchild of swiss producer and songwriter Tobias Jundt - an eclectic wall of energy composed of romantic garage-punk guitars, moldy analogue synthesizers, your grandma's favorite drum-beat and a spread of secretive wordplay. Jundt emerged from the party-capital‘s underground club-culture in 2006 and developed into a wild rock’n’roll-trash-punk-troupe de force touring extensively around the globe performing over 500 shows a.o. festivals such as Rock Am Ring, Hurricane/Southside, Dour, SXSW, Sziget, Melt, Montreux, Exit, St. Gallen and Roskilde.

Registered since about 15 years
Last login on 27 October 2021