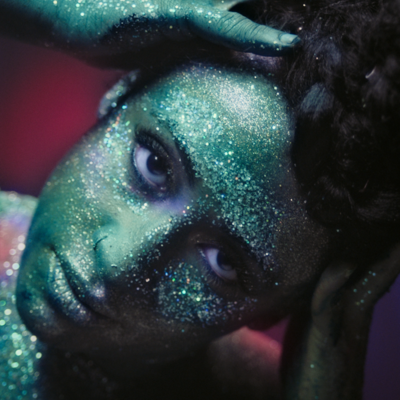 Pop, Zürich – After twenty years as an all-around musician working for other artists, Brandy Butler has finally chosen to go it alone. Her debut album as a solo... Read Biography

After twenty years as an all-around musician working for other artists, Brandy Butler
has finally chosen to go it alone. Her debut album as a solo artist is the declaration of
a non-conformist. With disarming honesty and a level of emotional vulnerability so
rarely experienced in today’s modern music world, Ms. Butler uses her dynamic skills
as a storyteller to weave a Sagen: the emotionally cathartic, true story of a love that
eventually became unrequited. The performance is raw and exposed and unfiltered,
and where this is usually defined as qualities of weakness in a person, Ms. Butler’s
candidness translates into a phenomenally strong performance.

«The Inventory of Goodbye» can confidently compare itself with works like those of
Frank Ocean, Lianne La Havas or Michael Kiwanuka
Originally from the Detroit-esque city ruins of Reading, Pa., Ms. Butler has spent the
last twenty years of her life creating a name for herself as an artist throughout Europe.
To define her has always been a difficult task. She is known well for her ability to
seamlessly and effectively assume many roles: Jazz Flutist, Background Singer, Storyteller,
Actress, Performance artist, Multi-Instrumentalist, Community activist.
Ms. Butler’s primary tool as an artist has always been a grand voice: an unspooling
aural canvas on which she paints the outsize emotions of love, romance and feeling
terribly alive.

Yet with her latest recording something has changed.

The first solo album of the career long musician and singer extraordinaire is a song-cycle
built in the real-life aftermath of whirlwind romance that couldn't hold its center. The experience
seems to have transformed something within her large beautiful voice and rocked
it to its core.

On «The Inventory of Goodbye» Ms. Butler welcomes us into her psyche. She takes us
with on a journey to the farthest corners and the bleakest places that align with the contrasts
of heartbreak and forgiveness.
«I tell stories that implore your emotional presence. I ask you to feel with me. This intense
calling of the listener to emotionally participate in the artistic experience on such
an honest level, lies on the outskirts of what my contemporary colleagues are doing. I
am going back to the place where the bard or the griot uses a story to help one’s self,
as well as the members of the community, to connect to the understanding of our individual
and collective human potential». Because of this extremely personal and connected
way of approaching the artistic experience, especially in the age of digital isolation,
there is one word that stands in the foreground in defining Ms. Butler: Outlier.
Outlier is the exception, the escape, the isolated experience. In Malcom Gladwell’s
book «Outlier’s» he says “Achievement is talent plus preparation.” The sum of Ms.
Butler’s many experiences in so many genres and instruments has prepared her for
this moment where her talent eclipses even from the outing corners of the modern pop
world.

The 11 songs on «The Inventory of Goodbye» are carried by Brandy Butler’s extraordinary
and pliable voice. She alternately reminds us of Nina Simone, Etta James
or Courtney Barnett. Recorded In Berlin, the songs came together while Ms. Butler
was on retreat in the New Mexico's Mojave desert and the desert infiltrates the recording's
character, whether summoning the sounds of the Saharan guitarists of Mali or the
long, twangy lines often used to conjure images of long barren desert highways.
There's a spare, austere quality that permeates the songs' instrumental backing as
well, underlining the immediacy of the emotions in play.
The sun-drenched production and arrangements are varied but focused, allowing Ms.
Butler's voice to sometimes spar and parry with a single instrument, or giving her vocals
a highlight of color supplied by an emerging keyboard or a guitar whose tone has been
distorted by the desert heat. The songs themselves are unfussy marvels of concise pop
construction; as personal as Ms. Butler makes them feel, it is easy to imagine these
songs living on in the hands of others.

Naturally Brandy Butler has chosen the Crème de la Crème of the Swiss Music Scene
for her band The Brokenhearted. On the Guitar is Robin Girod from Geneva, who is
the frontman of the renowned Cajun-Rock ’n’ Roll-Band Mama Rosin or Duck Duck
Grey Duck. On drums is Domi Chansorn, a Muli-Instrumentalist whose unique musical
fingerprint can be found as well with acts such as Fai Baba, Evelinn Trouble or
Bounce. Lastly is Rodrigo Avarena on Bass. Born in Chile and raised in Australia,
Avarena has toured the world with stadium acts such as Men at Work and Ricky Martin.
In it’s live incarnation, Brandy Butler and the Brokenhearted, the music becomes life. In
the presentation of the new album “The Inventory of Goodbye” the band showers the audience
with musicality, energy and passion. They pull the listeners to the ends of the
emotional and auditory spectrum, imploring each person to let the pulse of the story run
in every corner of their body. With an honesty that is really rarely achieved in the modern
music world, this is not just pop: This is art.

Registered since about 15 years
Last login on 2 November 2020