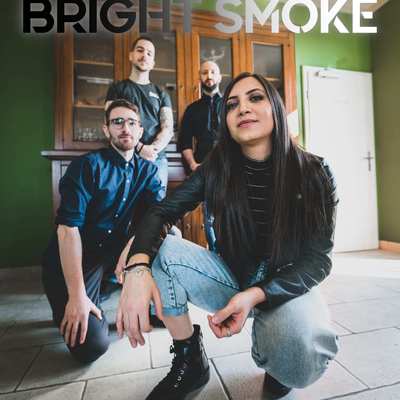 Modern Pop Rock, Ticino – The project was born at the end of summer 2017 from the ashes of old projects in which Jessica (voice, rhythmic guitar) and Miguel (bass) have been... Read Biography

The project was born at the end of summer 2017 from the ashes of old projects in which Jessica (voice, rhythmic guitar) and Miguel (bass) have been part of and have closed.

Wanting to continue to make music and carry on a project on an ongoing basis, they started looking for other band members to begin a new musical adventure.
That’s how they met Gabriele (solo guitar, backing vocals). Like the other two members, he came from other band experiences and was looking for a new project.

Therefore, barely knowing each other but with a very similar musical past, they decided to create something together, to take some time to get to know each other humanly and musically, and see if that could work.
At the end of August they started composing original songs with Elia on drums (already a member of other groups with Miguel and Jessica).

Time went by and the songs came up, they liked them and the group had chemistry; a modern pop rock came out, with various influences, from funky to psychedelic rock.
That’s when they decided to realize the project and to commit themselves to see where it could bring them. At that time the group separated from Elia, busy with other projects, and found Dario, a member who immediately joined the group, bringing even more desire and enthusiasm.

Now they just finished recording their first EP, in order to start the live activity...but in the meantime they’re already working on new stuff!
..for the rest, you just have to listen!

Registered since over 4 years
Last login on 6 February 2021